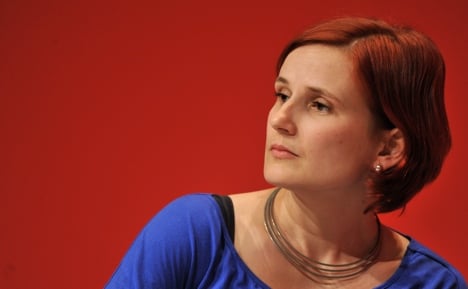 “If there is any additional income beyond that, then it just goes into influencing political decisions through bribery – or destructive financial speculation,” she said.

Kipping, who became the Left party’s new leader in early June, along with trade unionist Bernd Riexinger, said she got the new policy idea from her French counterpart Jean-Luc Mélenchon.

As part of his campaign, the French far-left’s presidential candidate had demanded a 100 percent tax on any income above €360,000 year. “He had a lot of success with the idea,” said Kipping.

Her suggestion is less radical than that, in that it would only affect incomes of above €480,000 a year.

The Left party’s 2009 election manifesto included a 53 percent top income tax rate, for any incomes above €65,000 a year.

Kipping would also introduce a basic income for all German citizens of €1,050 a month – a controversial idea even within her own party. Her co-leader Riexinger is reportedly against the measure.