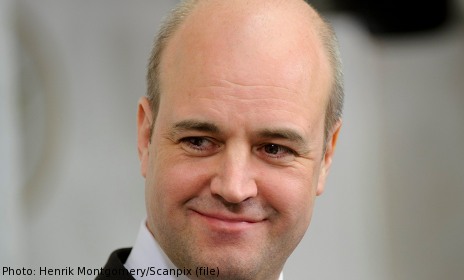 “Swedes’ confidence in the current government has been on a downward trend, but that trend has now been broken,” said analyst Birgitta Hultåker from research institute Skop, who performed the poll, in a statement.

Reaching 56 percent means the government is back to the same figures they reached at the start of 2012. Since then, their numbers have been declining.

The percentage of Swedes who believe that the government is doing a very bad or a pretty bad job has decreased from 27 to 25 percent.

In line with these results, the percentage who believe that having the red-green opposition in power would be better has also decreased somewhat, from 37 to 35 percent.

“The red-green alternative can continue to rejoice in their positive voters’ confidence balance, but their long and powerful growth has been broken,” said Hultåker, who described the opposition’s growth in the polls as “record long”.

The survey was carried out through interviews with 1,000 people between the ages of 18 and 84.