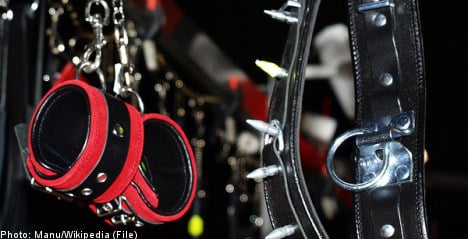 “I just wanted to test my limits,” the woman told the Aftonbladet newspaper.

Thinking that they had chanced upon a crime scene, similar to the torture chamber located in Halland in southern Sweden in February 2011, they contacted the police.

Reports of the find prompted the woman to get in touch with Aftonbladet in order to clear up the misunderstanding.

Described as “a hard-working, single mum in her forties”, the woman explained that she had equipped the bunker for a night of lust with a man whom she had dated a couple of times.

But after her would be beau had missed her text message invite, she ended up spending the night alone in what she described as “one of her most sacred places”.

The woman however explained that some of her neighbours in the small rural community of Nordmaling in Sweden’s far north had expressed shock at the find.

“I think it is because many are afraid. Sweden is not really such a free country when it comes to sexuality,” she told Aftonbladet, while conceding that she would make sure to tidy up after herself next time.