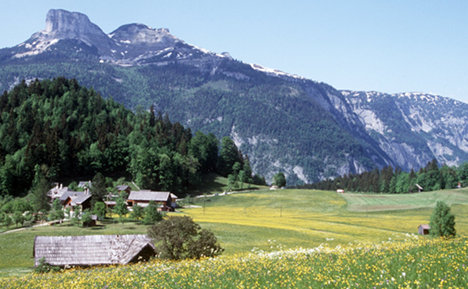 A 55-year-old woman from Bavaria died on Saturday when she lost her footing crossing a snow-covered field. She fell into the opening of a crevasse hidden by snow and plummeted to her death.

Emergency services managed to lift her out, but could not revive her. She was with a small walking group in the Pitztal area of the Tyrolean mountains in Austria, who were on their way to the Braunschweiger Hütte – a mountain lodge belonging to the German Alpine Club.

On Thursday, a 37-year-old man was hiking on the Hochwanner Mountain – one of the highest in that area of the Alps – when he fell slipped and fell about 200 metres onto rocks.

He was taken to Innsbruck hospital but died later of severe injuries to his head and chest, police said on Friday.

He advised people that if they absolutely had to do it, to be careful. He added that if a walker were to fall down a steep slope, they should try turn over from their back onto their stomach as quickly as possible as a face-down position would enable them to slow their fall.