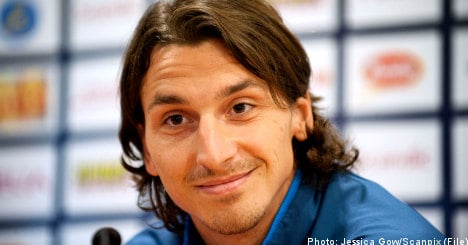 According to the newspaper, the AC Milan star has bought Davensö island in the centre of the lake, the third largest in Sweden.

Davensö has a few modest properties, but it is the extensive hunting grounds that are reported to have been of particular interest to the Swedish national team captain.

Ibrahimovic, who comes from the suburb of Rosengård in Malmö, is known to have developed a taste for hunting and detailed his hobby in his recently published autobiography “I am Zlatan Ibrahimovic”.

The island property is reported to extend to 500 hectares and offers the chance of hunting deer and wild boar, as a well as fishing for perch and pike.

The purchase is the latest addition to Ibrahimovic’s extensive property holdings, a portfolio which includes homes in New York, Milan, Vaxholm near Stockholm, and the ski resort of Åre.

He also owns a grand detached house in the plush Malmö neighbourhood of Fridhem, but this is known to be up for sale.

Despite spending several hundred million kronor on the house which he purchased for a Malmö record 25 million kronor ($3.5 million), Ibrahimovic and his partner Helena Seger have decided that their future lies overseas.

Zlatan’s new island retreat has been formally acquired by his mother, according to the newspaper, and the tall Swede is expected to obtain possession of the property on July 1st, the same day that the Euro 2012 final will be played in Kiev.

The price paid for the property however remains unknown, while it is valued for tax purposes at 22 million kronor.