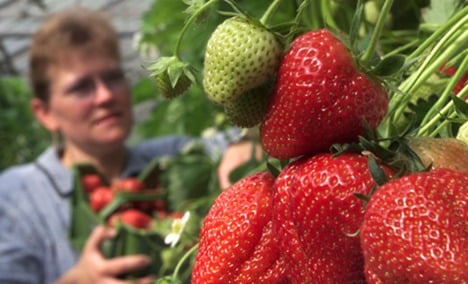 In a show to be broadcast on Monday, NDR public broadcaster said that its investigation showed that six out of seven tested stores were selling mouldy fruit.

“These goods should not be marketed,” said Heinrich Stevens from the Federal Office for Agriculture and Food, which analysed the strawberries for the station.

The show tested strawberries that were labeled First Class in stores from Edeka, Rewe, Penny, Lidl, Real, Famila and Sky. The tests were conducted all over Germany.

Only strawberries sold by Famila were deemed edible, though many berries from the samples were clearly second class and not first class fruit, the agriculture office said.

Berries from six other stores already had mold on them.