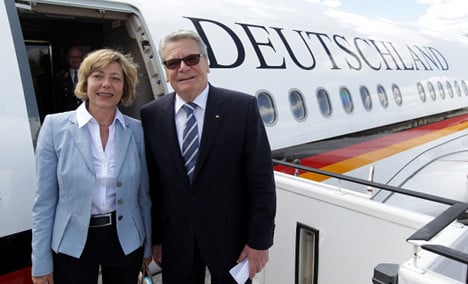 Anti-Semitism and racism are “a big danger,” said Yakov Hadas-Handelsman, according to a story in Die Welt newspaper on Monday.

“Anti-Semitism is more present in Europe. We see it unfortunately nearly every day. Also in Germany this phenomenon is rising and becoming more widespread,” the ambassador said.

Hadas-Handelsmann was also critical of German author Grass’ poem, published in April, which severely criticized Israel’s position in the nuclear conflict with Iran and portrayed Israel as the aggressor.

The poem caused much outrage in Israel, led to Grass being banned from the country and was debated for weeks.

“Of course this topic will be discussed during his visit,” the ambassador said.

Gauck’s visit to Israel is important because Germany and Israel are closely tied due to their histories, but also because Gauck is from the former German Democratic Republic and personally experienced persecution and repression, Hada-Handelsmann said.

Gauck’s office said he wanted to, “put down a marker of solidarity with Israel in difficult times,” yet at the same time he would stress Germany’s “continued commitment” to the creation of a Palestinian state.

After two days in Israel, Gauck will spend a day in the Palestinian territories, opening a girls’ school built with German funding and holding political talks in Ramallah with President Mahmud Abbas and Prime Minister Salam Fayyad.

ANTI-SEMITISM
What you need to know about Sweden’s international Holocaust conference
Url copied to clipboard!