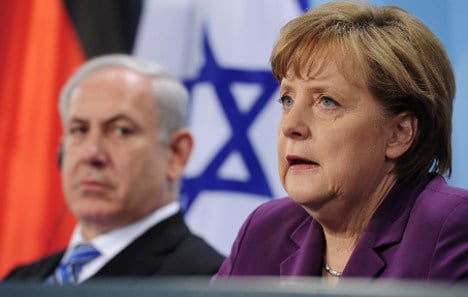 The survey, conducted by Forsa for Stern news magazine, found that 59 percent of those questioned viewed Israel as “aggressive”, an increase of 10 percentage points over a similar survey in January 2009.

Seventy percent said they believed Israel pursued its interests without consideration for other nations, Stern said in a pre-release of its Thursday edition, up 11 percentage points from three years ago.

And 67 years after the end of the Nazi regime, 60 percent said Germany had no special obligation towards Israel, while a third believed the contrary, according to the survey of 1,002 people conducted on May 15 and 16.

New German President Joachim Gauck is due to make his first state visit to Israel and the Palestinian territories from May 28 to 31.

The visit comes in a particularly sensitive time, after tensions over Jewish settlements and a few weeks after the publication of a highly critical prose poem by German Nobel laureate Günter Grass.

German Chancellor Angela Merkel has been sharply critical of the Israeli government’s settlements policy in east Jerusalem and the West Bank, calling it an obstacle to fruitful peace talks with the Palestinians.

And last month Grass sparked outrage when he published a poem in which he said he feared a nuclear-armed Israel “could wipe out the Iranian people” with a “first strike” and described the Jewish state as the region’s biggest threat to peace.

Although his work came in for widespread condemnation in Germany, a subsequent move by the Israeli government to declare the 84-year-old author of “The Tin Drum” a persona non grata was also roundly criticised.