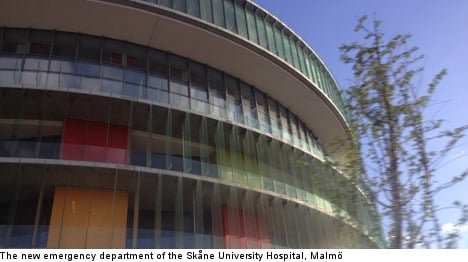 The female patient came to the emergency room of the Skåne University Hospital in Malmö complaining of severe abdominal pain.

It is alleged that the doctor refused to help the woman, telling her that she was drunk and then refusing to speak with her.

According to the woman’s complaint, the doctor then hit the woman on each leg and in the stomach several times, wrote the Sydsvenskan newspaper.

Then, upon the mother’s request, the doctor made a second examination of the woman, and claimed that “there is no need to rip her up needlessly”.

The event, which occurred three months ago, is now under police investigation.

Staff members of the hospital explained that the police investigation was delayed as there was a preliminary and timely internal investigation that took place first.

“I don’t want to comment on what the doctor said to us as I would not want to pre-empt the investigation,” said Lisbeth Hedenius, an employee of the Skåne hospital, to Sydsvenskan.

The doctor has contested the dismissal and contacted his union, according to the TT news agency.

“I don’t want to comment on the doctor’s aptitude, the investigations will show whether he has done anything [wrong],” he told the paper.