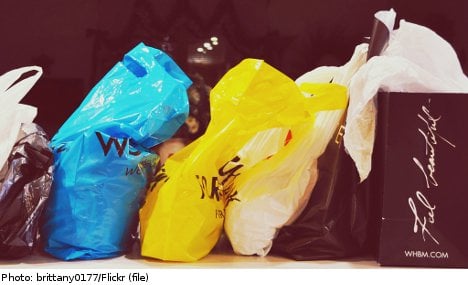 The ad asked for a female assistant who is ‘“thorough, disciplined, easily trained and sensitive to needs” as well as “conscientious, organized, a regular gym-goer, and possessing a genuine interest for clothes”, reported local paper Göteborgsposten (GP).

In the ad the applicant was also offered a special clothes allowance of 5,000 kronor ($699) per month.

“As the employer demands a uniformity of clothes between you and him while you are working, you will freely dispose of a clothing allowance (5,000 kronor/ month) with which you can procure appropriate work clothes,” the ad read.

Robert Silverflod, manager of assistant recruitment agency Göteborg’s Familjeassistans AB, which posted the ad on behalf of the disabled man, doesn’t think that the clothes demands are strange and pointed out that the clothing allowance is being financed by the man’s own money and not the assistance benefits he receives.

“If you work in a clothes store or a petrol station there are clothing codes. This employer has also chosen to have a clothes code, and I don’t find that so strange,” he said.

Once hired, the personal assistant would be free to spend the clothing allowance as she wished, as long as some guidelines from the employer were met.

However, both the union Kommunal and the employer’s association KFO have reacted to the demands and the phrasing of the ad.

“You never stop being surprised. I have no idea who the employer is, but to have a clothing allowance and ‘matching clothes style’ that doesn’t seem serious,” said Margaretha Johansson, ombudsman at Kommunal to the paper.

Anita Fink Knudsen at the employer association KFO, to which recruitment agency Göteborgs Familjeassistans AB is connected, thinks that the phrasing of the ad is inappropriate and that the clothing allowance feels problematic.

“We think that it feels strange with some sort of uniform, even if it is exclusive and bought in the coolest shops,” she said to the paper.

After the paper contacted the company the ad disappeared from the site and when they finally got hold of the manager again, he said that they were forced to take it down, not because of concerns about its content, but simply due the huge number of applications that had been pouring in to the agency.