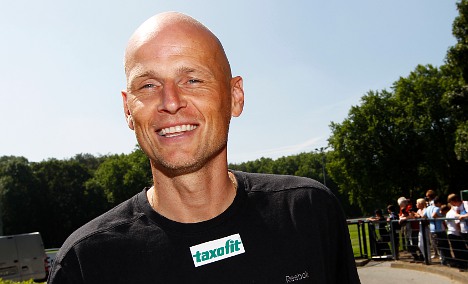 The 44-year-old Norwegian will officially take over from Mick McCarthy on July 1st. Terry Connor, who struggled as McCarthy’s temporary replacement, will remain part of the club’s coaching staff.

“I am delighted to be taking up the important challenge to manage Wolves,” Solbakken told the club’s website.

“It's an exciting opportunity to manage a great club and I can't wait to get started."

Solbakken takes over a team that went into freefall after McCarthy got the sack in February, with Wolves becoming the first team this season to drop out of the Premier League.

The Norwegian, capped 58 times for his country, said he did not wish to comment further on his appointment until his official presentation to the media on Monday.

Ståle Solbakken, who formerly managed top Danish side FC Copenhagen and FC Köln in Germany, becomes the first person outside of Britain or Ireland to manage Wolves.

Solbakken played just six games for Wimbledon during his only spell in England as a players.

“He comes to a club with a culture and philosophy that should suit him, as well as a league and style of play that will match what he stands for,” Tjærnås added.

For Solbakken, the new job marks a swift return to football after FC Köln sacked him with four games of the season left to play. Like Wolves, Köln too were relegated from their country’s top league.

Solbakken’s playing career ended in 2001 when he suffered a heart attack and had a pacemaker implanted.