The high roller, a 49-year-old father of two, was playing on a slot machine on Saturday night in the Casino Joa de Gérardmer in Vosges, eastern France, when he hit the jackpot, wrote the Ouest France newspaper.

The man, who wishes to remain anonymous, spent just €1.50 on the “bandit-manchot” slot-machine and pulled the lever just before 2.30 in the morning, winning almost €6 million in the process. The casino was due to close 15 minutes later.

As luck would have it, this late night spin won the “Magic Jackpot”, which totaled 5,875,836 euros – and is the second largest French casino windfall in history.

According to the official website, the “Magic Jackpot” is a progressive jackpot tied to nearly 300 slot machines in over one hundred casinos in France, all feeding one gigantic pot. The jackpot is responsible for the four biggest casino wins in French history, and was launched in September, 2009.

While Saturday’s 5.9 million comes in second place, it was just over a year ago that the record €9.4 million was won in March last year in Port-Crouesty. The pot has now dropped to 2,010,909 euros.

The winner, who lives some 30 kilometres from the casino, claims that the winnings will be used for spoiling his two children, something he has long wished to do. 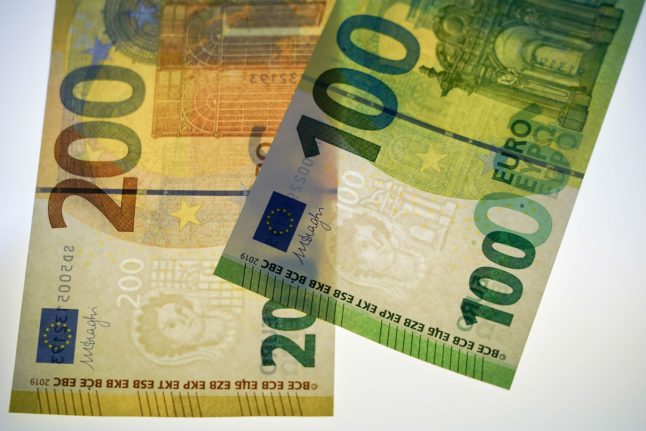 New €100 and €200 bills are supposed to make it more difficult for counterfeiters to do their job.

The issuing of these bills completes the second series of Euro bank notes, the first series which began being issued in 2002, according to the European Central Bank in Frankfurt. The €500 note has not been issued since the end of April.

“The manufacturers of ATMs and cash safes have already been able to borrow the new banknotes for test purposes for the last nine months, so the technical conversion should run smoothly,” assured Johannes Beermann, Chairman of the Bundesbank (German Central Bank).

Last year, six percent of the euro notes in circulation in Germany were €100 notes and one percent were €200 notes, according to the Deutsche Bundesbank.

By far the most frequently counterfeited banknote in Germany has been the the €50 note. A revised version of the orange-brown note was issued in 2017. While the 'state of the art' bill had more security features, Germany's police union remained skeptical that it could still be counterfeited.

Anyone who immediately hopes for the new notes when withdrawing money in the coming days could, however, be disappointed. The introduction of 2.3 billion revised €100 notes and 700 million €200 banknotes throughout the eurozone will take place gradually.

The old notes are gradually being withdrawn from circulation by the central banks, but first-generation euro banknotes will remain valid. The €100 and €200 notes have a “satellite hologram” on the front top right. When tilted, small euro symbols move around the value numeral. There are additional euro symbols in the emerald number.

The new notes also use security features already found on the twenties and fifties: They also have a “portrait window”. If you hold the glow against the light, the window becomes transparent, showing a portrait of the Greek mythical figure of Europe.

The value “100” or “200” printed as a glossy number on the front changes the colour from emerald green to deep blue when the banknote is tilted.

The basic colours of the notes will not change either. The hundred note is still green, while the two-hundred note keeps its mixture of yellow and brown. The colours are slightly stronger than those of the old banknotes.

The format of the banknotes has also been altered slightly: The €100 and €200 of the new series are just as long as the €50 note. The width of the banknotes, on the other hand, remains the same.

The €500 note, which will no longer be issued, will remain legal tender, however, and will be exchangeable indefinitely.