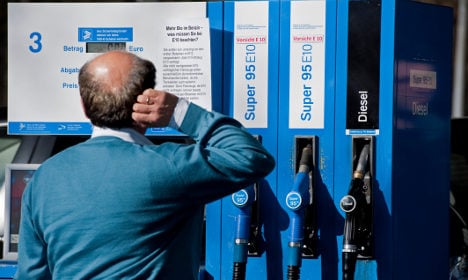 The cabinet agreed on Wednesday to push forward measures which will oblige the operators of all 14,700 petrol stations across the country to provide detailed information before increasing prices.

They will also have to notify a “market transparency office”, when they buy fuel, giving over details of quantity, price and provenance of their purchase.

With petrol prices at a record high, and the competition watchdog still pursuing an inquiry into allegations of price-rigging against five major oil companies, the government has moved to clamp down on malpractice in the industry.

Transport Minister Peter Ramsauer told the World Transport Forum in Leipzig on Wednesday that the proposals would, “put a stop to the goings-on in the oil industry.” But not everyone is so enthused.

The European Automobile Club condemned the move as a “campaign gimmick,” with federal state elections in Schleswig-Holstein and North Rhine-Westphalia due this month.

Others say the move will simply create another layer of bureaucracy without addressing the industry’s underlying problems. Hans-Josef Fell, the Green Party energy spokesman, said the plans would “simply increase red tape without plotting a strategic path away from crude oil.”

It is as yet unclear how many supervisors the new authority will employ, but industry experts say that several hundred would be needed to adequately process all the data that falls under the new remit.

The oil industry is united against the move. Oil companies say their profit margins are as small as one cent per litre, and point to a three-year inquiry concluded by the Federal Cartel Office in 2011 which found no evidence of price-rigging in the industry.

Even independent petrol stations, the supposed victims in the government watchdog’s current proceedings against the industry giants, have decried the move as “command economy.”

Doubts also persist over whether the new authority will really be able clamp down on price rises. Oil prices are largely driven by external factors like the Iran-Israel relationship and oil production rates – over which the German government exerts little influence. Even Ramsauer admitted on Wednesday, “Whether this will result in cheaper petrol is anyone’s guess.”