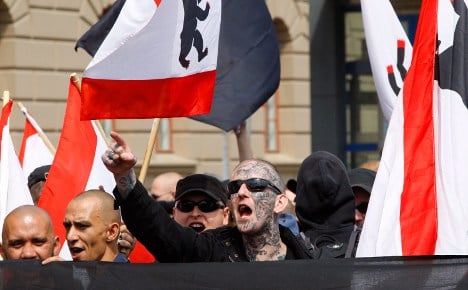 The new social network for former violent extremists around the globe – and their victims – was launched in New York on Wednesday by the Institute for Strategic Dialogue (ISD) and Google Ideas.

It aims to share expertise on preventing young people from becoming radicalised and helping individuals to leave violent extremist groups.

The network, www.AgainstViolentExtremism.org (AVE), will also include those with an interest in countering violent extremism: activists, policy-makers, entrepreneurs, and other business people.

“I will certainly subscribe, and follow what is going on,” Harald Weilnboeck, researcher at Germany’s Violence Prevention Network, told The Local. “It’s also good that a private media company like Google is involved, because a lot of the media reporting on young extremists is not helpful.”

The AVE network emerged from a unique summit hosted by Google Ideas in Dublin last year, which brought together perpetrators and victims of extremism. Relatives of those killed in 9/11 sat with former IRA bombers and discussed how extremism could be prevented in the future.

“The Summit Against Violent Extremism (SAVE) demonstrated that former perpetrators and survivors of violent extremism are powerful influencers in turning potential and existing extremists away from a violent path,” AVE said in a statement.

Weilnboeck, who works with German extremists from across the political spectrum, thinks he could learn much from those targeted by the site such as former radical Islamists in Pakistan.

“Yes, absolutely,” he said. “There are similarities between the patterns of radicalisation of young men across the world. It will be a tool for understanding radicalisation. ”

ISD director Sasha Havlicek says AVE will be more than just another talking shop, and should result in “practical outcomes.”

“For instance, a youth worker could post a request for a thousand euros in funding to pay the rent on their office for a few months and if a donor is interested they can connect through the website,” she said in a statement. “Or a community group might be looking for help in organising a social media campaign, which could be picked up by a tech company in Silicon Valley.”

The AVE network is to be run by ISD, a London-based think tank that specializes in counter-extremism. The idea is for members to “stay in touch, share ideas, collaborate, find investment and partners, and project their messages to wider audiences.”

AVE’s aim is to have 500 members by the end of the year. It already includes former members of the white power movement in the US and former Islamist extremists from Indonesia.