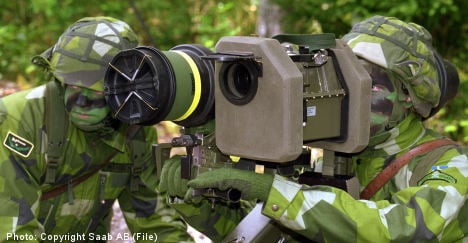 “The small rise of just 0.3 percent in 2011 (compared to 2010) marks the end of a run of continuous increases in military spending between 1998 and 2010, including an annual average increase of 4.5 percent between 2001 and 2009,” according to figures released by the independent think tank.

“Six of the world’s top military spenders – Brazil, France, Germany, India, the United Kingdom and the United States – made cuts in their military budgets in 2011, in most cases as part of attempts to reduce budget deficits.

“The after-effects of the global economic crisis, especially deficit-reduction measures in the USA and Europe, have finally brought the decade-long rise in military spending to a halt – at least for now,” commented Sam Perlo-Freeman, head of the SIPRI Military Expenditure Project.

Budgetary pressures in the United States and Europe led to austerity cuts.

“Military expenditure by the USA, the world’s top military spender, fell by 1.2 percent in real terms (or $8.7 billion in 2010 prices).

“This is partly the result of the long delay by the US Congress in agreeing a budget for fiscal year 2011, as the Obama Administration clashed with Republicans over how to reduce the US budget deficit.”

It said “France’s military budget has fallen 4 percent since 2008, and while reductions over the same period in Germany (1.4 percent) and the UK (0.6 percent) have been more modest, both states plan further cuts in the coming years.”

Far larger cuts have been made in Greece, Spain, Italy and Ireland “as a result of their sovereign debt crises, and most central European countries have also made severe cuts”.

SIPRI said “Russia, in contrast, increased its military spending by 9.3 percent in 2011, reaching a total of $71.9 billion, which now makes the country the third largest military spender worldwide, overtaking the UK and France”.

“Further increases in military spending are planned, notably in equipment, research and development (R&D) and support for the arms and military services industry over the period 2011-20, with plans to replace the majority of Russia’s mostly Soviet-era military equipment with modern weaponry by 2020.”

The Middle East is the only region where a clear increasing pattern was discernible for most countries, although the lack of data for key players such as Iran and the United Arab Emirates makes the regional total highly uncertain.

Military expenditure in Asia and Oceania rose by 2.4 percent, due mostly to a 6.7 percent ($8.2 billion) increase by China, said the report.

India’s military budget fell by 3.9 percent, or $1.9 billion, in real terms, with high inflation cancelling out a nominal increase.

Established in 1966, SIPRI provides data, analysis and recommendations, based on open sources, to policymakers, researchers, media and the interested public.