“Increasingly, our children are being molested in kindergartens and primary schools with pornography and sex education,” a committee of parents and civic leaders told newspaper Neue Zürcher Zeitung.

The committee, made up in large part by members of the far-right Swiss People’s Party, launched the initiative on Tuesday to “protect against sexualization in kindergarten and primary schools”.

The proponents of the initiative no longer want children younger than nine to be taught any sex education at all, although certain education relating to child abuse would be permitted. From ages nine to twelve, the committee wants sex education to be non-compulsory so that families can choose to either opt in or out.

From age twelve onwards, the initiators say, children would receive education about sex and reproduction during biology lessons, which they argue is the proper place for such instruction.

The root of the initiative lies in the canton of Basel City, which came to media attention with reports of “sex boxes” being used as educational tools. The boxes contained various materials for teaching young children about sex, including wooden replicas of penises and fabric vaginas.

Benjamin Spüler of the Basel City Parents Committee believes such materials to be pornographic, he told news agency SDA. He says giving children such tuition when they are so young serves only to sexualize them at an unnecessarily early age. 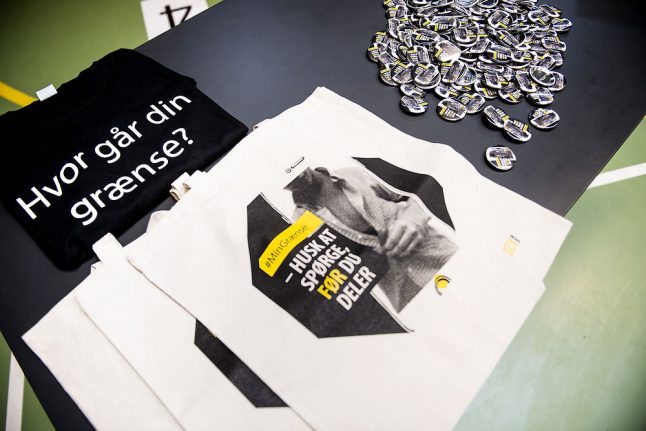 The topic of boundaries in relation to sex and social media is more important than ever before, according to the Danish Family Planning Association (Sex og Samfund, DFPA), the organisation behind the ‘Uge Sex’ (Sex Week) lessons scheme, a recurring campaign brought to schools by the organisation.

Cases such as last year’s Umbrella investigation, when hundreds of teenagers and young people were investigated by police for sharing via social media an intimate video showing two teenagers, without consent, are illustrative of the need for better education regarding when to set limits and when to consent, DFPA’s national director Lene Stavngaard told Ritzau.

“We have chosen the topic of ‘boundaries’ because we think it’s more relevant than ever before,” Stavngaard said.

The organisation will speak to school students of all ages across the country as part of the scheme.

Over half of the country’s school students – around 400,000 children and teenagers – are expected to participate.

The programme is set to focus on intimate boundaries of children and young people, particularly online and on social media.

“In many ways, there is a need for both young people and adults to be prepared to navigate these boundaries and to learn about how to respect their own boundaries as well as others’,” Stavngaard said.

Events over the past year have made the issue particularly prevalent, the head of DFPA said.

In addition to the Umbrella case, controversy over a tradition known as ‘puttemiddage’ at upper secondary schools (gymnasier), whereby boys from older year groups pressure younger female students into boundary-pushing auditions, was discussed in national media.

In January 2018, police announced legal action against up to 1,000 young people over the distribution of two explicit videos and one image on Facebook's Messenger platform. The videos showed a 15-year-old girl and a number of 15-year-old boys.

The videos were primarily sent to and shared between young people, and individuals under police suspicion in the case may have broken Danish child pornography laws, police said at the time, although a trial case later resulted in acquittal.

Many young people and their parents were surprised about the consequences of sharing such a video, Stavngaard said.

“(They were surprised) about things like it being illegal, and that you can be given a conviction for it,” she said.

“But also the fact that what happens on social media has consequences in the real world, including for the people in the video,” she added.

Young people will be taught about how to recognise other people’s boundaries and not to cross them, according to DFPA.