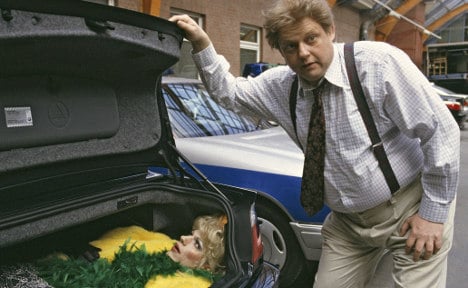 NOT the gentleman in question - Photo: DPA

Concerned passers-by who heard shouting and banging from inside the car boot called the police who, along with the fire brigade, opened it up and freed the girl.

Once the 72-year-old grandpa had returned to the car park in the Sorpe Lake in the Sauerland area of North Rhine-Westphalia, he admitted he had put her in the boot of the car, the Frankfurter Rundschau newspaper reported on Tuesday.

He told police she had asked to travel in the boot of the car just once, and he had let her do so on the way to the lake.

But he said he was so distracted by the beauty spot that when he arrived, he simply got out of the car and went for a walk.

A police spokesman told the paper the man was, “visibly affected by the whole situation,” and that he was given a warning, and promised never to let anyone travel in the boot of his car again.