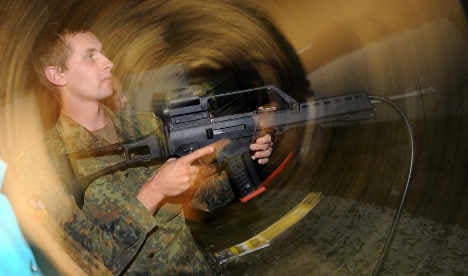 After several hundred rounds the G36 gun barrel gets so hot that the chances of hitting a target at 300 metres drops to around one third according to a survey of troops seen by the newspaper.

However, there have not as yet been any complaints by German troops based in Afghanistan, despite gun battles with enemy fighters often last for hours.

According to the report, the German Operations Command has issued advice on the proper use of the weapons for units deployed in the country, saying troops must allow the barrel to cool down enough to touch it before continuing to shoot.

The G36, made by weapons manufacturer Heckler & Koch, and used by the Bundeswehr for the past 15 years, mostly consists of light plastic and was not intended for continuous fire, said the report.