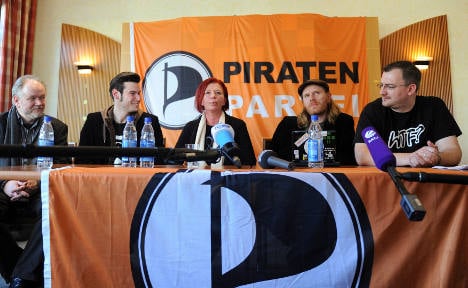 Members of Chancellor Angela Merkel’s Christian Democratic Party (CDU) in the western town of Düsseldorf had bought up a number of domain names with the word ‘pirate’ in an apparent bid to disrupt the Pirate Party’s internet campaign for the May 13 ballot in the state of North Rhine-Westphalia.

By clicking on the sites, internet users were automatically redirected to the CDU’s website in the city of Radigen.

Supporters of the Pirate Party, the youngest German party which has made a name for itself by campaigning for internet freedom and greater transparency in politics, retaliated by seizing the CDU Radigen website and leaving messages such as: “Help, I’m a prisoner on a Christian-Democrat website.”

The Pirates on Sunday won representation in the parliament of the small western state of Saarland, eclipsing the more mainstream Greens and obliterating the pro-business liberals.

Six months ago, the Pirates first burst onto the political scene by winning seats in the city-state of Berlin.

Opinion polls suggest the Pirates might also breach the 5 percent barrier needed to win representation in the states of North Rhine-Westphalia and Schleswig-Holstein in May.