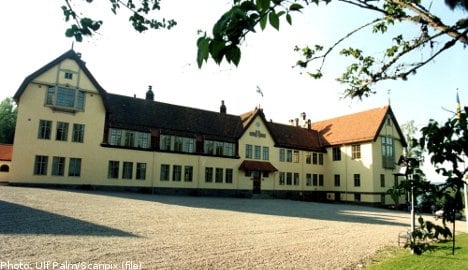 The case is being handled by the Swedish Child-and-Student Ombudsman (Barn- och elevombudet, BEO), who claim that the school did not do enough to prevent the bullying.

The bullying is said to have begun one month after the boy started at the school in 2009, though he chose not to report the matter to authorities at the time.

The boy, who has not been named, took photographs and videos of the injuries he sustained as a result of the beatings, which included having an electric fly swatter zapping his nipples.

He eventually confided in his mother, and the school was notified.

It was reported that the boy was bullied for, among other things, not sitting correctly at school meals, his diet, and sometimes for no reason whatsoever.

He was also forced to fight other students for the entertainment of others, reportedly common practice among the students.

The school, which has been the alma mater of Prince Carl Philip and many other high society members, was reported to police in November last year.

While the school said it is impossible to monitor all bullying, especially when it has not been reported, they claimed they had been keeping an eye out for any violations of their rules.

These rules were “clearly prohibiting violations such as power-play”, they said according to the TT news agency.

However, the school also reported to the BEO that the boy “had certain weaknesses with social interaction”.

Nevertheless, the BEO has judged that not enough effort was made by the school to prevent the bullying, regardless of the boy’s personality or difficulties.

Furthermore, a house master who failed to act when witnessing the bullying has been fired from the school’s employ.

The school was put under review by the Schools Inspectorate (Skolverket) in November after the allegations first were reported. 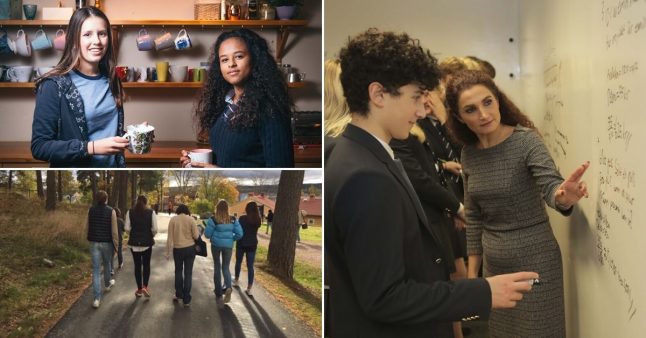 An 11th century skeleton found in Sigtuna. Photo: Stockholm University
While rough half of the 38 people whose bones and teeth were genetically tested grew up in or around the nearby Lake Mälaren area, the other half came from as far away as Ukraine, Lithuania, northern Germany, the British Isles, and parts of central Europe, as well as from southern Sweden, Norway and Denmark.
“It was a sort of Viking Age Scandinavian Shanghai or London,” Anders Götherström, Professor of Molecular Archeology at Stockholm University, told the TT newswire. “Anyone who wanted to do something, to work their way up in the church or in politics were first forced to come to Sigtuna.”
Now a picturesque lakeside town with a well-known private boarding school, Sigtuna was one of Sweden’s first cities, founded in 980AD by the country’s first Christian king Olof Skötkonung.
It soon grew into a major settlement of around 10,000 people, roughly the same population as Anglo-Saxon London.
The study, the largest of its kind so far carried out in Sweden, combined DNA analysis and strontium analysis of teeth to build a detailed picture of where the people had come from.
The results have been published in an article in Current Biology,  Genomic and Strontium Isotope Variation Reveal Immigration Patterns in a Viking Age Town.
Maja Krzewinska, the researcher at Stockholm University who was the study's primary author, said that it showed that Vikings had not only been emigrants and invaders.
“We're used to thinking of the Vikings as a travelling kind, and can easily picture the school books with maps and arrows pointing out from Scandinavia, as far as Turkey and America, but not so much in the other direction,” she said in a press release issued by the university.
The project is part of the ATLAS-project which plans to use ‘deep-sequence analysis’ to shine light on the demographic history of Sweden.
“I especially like that we find second-generation immigrants among the buried,” Götherström, one of the project’s leaders, said in the release. “That kind of migratory information has never been encountered before as far as I know.”
The study found that approximately 70 per cent of the female population were immigrants, and about 44 per cent of the men.
Götherström told TT that the Atlas project underlined the fact that, genetically, there was no such thing as an ethnic Swede.
“The Swede doesn't exist genetically,” he said, “We've pieced ourselves together from parts taken from the whole world, and the more we study this genetically, the more we see that people have been moving around the place the whole time.”
SHOW COMMENTS
Url copied to clipboard!