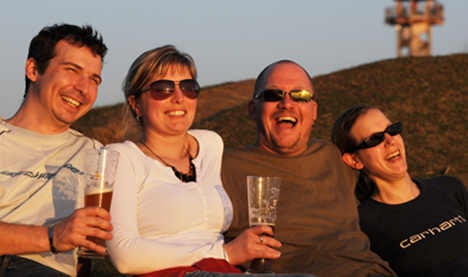 You should enjoy the sun and somewhat warmer temperatures as much as you can Sunday, German weather forecasters say. It won’t last.

The German Weather Service reported some scattered showers are expected for later Sunday and by Monday things will have cooled off.

There’s even the possibility of snow in low mountain ranges, the forecasters said.

On Monday temperatures are expected to range from 8 to 13 degrees.

But there’s hope for warmer weather later in the week. Temperatures are expected to rise to above 20 degrees by Thursday.