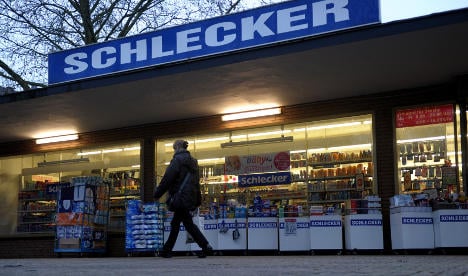 A further 840 employees will lose their jobs when eight of the company’s logistics centres are closed over the spring, it was revealed on Thursday. The logistics side of the company will be reduced to four regional bases, and one national one in Ehingen, Baden-Württemberg.

The list of nearly 12,000 shop employees due to lose their jobs was handed over to the workers’ council during a meeting with insolvency administrators. They also published a list of 2,000 shops to be closed by March 24 and said closing sales would start immediately.

Political arguments continued on Wednesday over whether to set up a state-backed “transfer association” to help find new work or training for the workers set to lose their jobs.

Nils Schmid, the Social Democrat economy minister in Baden-Württemberg, where Schlecker is based, said he could not help and called for funding from the federal government.

“Otherwise 12,000 women will be left standing on the street and I will not accept that responsibility,” he said. The federal Economy Ministry has already ruled out such a move.

Schlecker administrator Arndt Geiwitz said he had sent faxes to the shops which will be closed, and instructed them to start a 30-percent-off closing down sale. 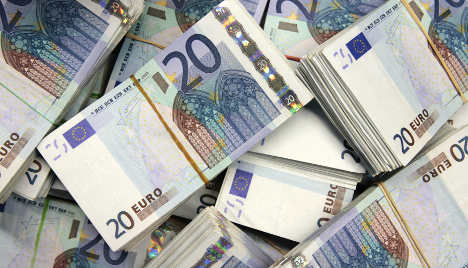 With a fortune worth €17.2 billion, the family of 92-year-old Karl Albrecht, who founded the company with his late brother Theo, took the No. 1 spot, while Theo Albrecht‘s sons Berthold and Theo Jr were in second place with a combined fortune of €16 billion.

But the co-founder of software company SAP, Hasso Plattner, saw the biggest gains in the past 12 months – the value of his assets increased by €900 million to nearly €6 billion.

The number of billionaires in Germany also reached a new peak in 2012, with 115 compared to 108 the previous year.

Meanwhile, the debt crisis wreaking havoc across the eurozone hasn’t shaken the super-rich. Germany’s wealthiest 100 citizens saw the value of their assets rise more than 4 percent – putting the figure closer to 2008’s record.

With the exception of those whose fortunes were made in the retail and financial sectors, nearly all branches of German business saw their wealthiest proprietors build on their riches.

But not all of the country’s billionaires had a good year. The family behind the bankrupt Schlecker drugstore chain was left with less than €40 million after seeing its fortunes drop by €1.92 billion, making it the biggest loser on this year’s list.