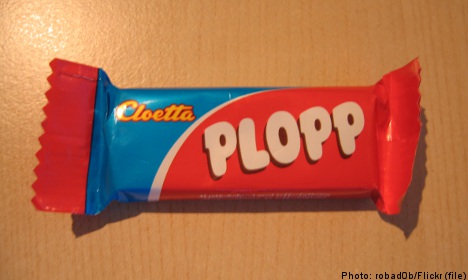 Cloetta reportedly advertised that their new candy bars, Mini Plopps, would contain the words: Love, Hugs, Kiss, and Joy on the candy.

However, due to a manufacturing fault, only the chocolate bars with the words Kiss and Hug were ever produced, leaving some customers feeling short-changed.

A woman, who had planned to use the loving candy messages for a sweet buffet at her wedding, was upset with Plopp’s efforts on the love front, and she reported the company to the Swedish Consumer’s Agency.

Cloetta has provided no excuses for the loveless candy, yet have offered their condolences to the disappointed customers.

“We made only two of them, but the press picture shows four. Which was unfortunate. We can only bow our heads and apologize,” said Christina Björck, spokesperson of Cloetta, to Dagens Media (DM).

According to DM, the owner of Cloetta, Claes Ekström, was also left scratching his head as the plan was always to have released all four messages on the bars in the campaign, which was initially launched on Valentine’s day, 2010.

However, Ekström remains confident that the company can bring the love back to the life of Plopp lover’s nationwide.

“We have thought of doing something else with love in the future, some exciting news which will be coming soon,” Ekström told DM.