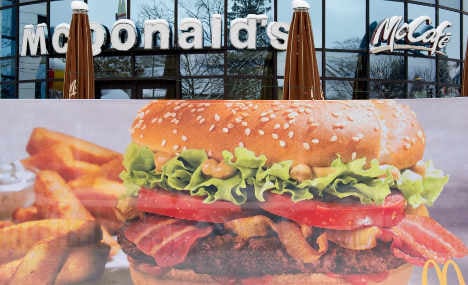 According to a report by the Süddeutsche Zeitung on Saturday, the fast food chain has banned all deliveries from the Lower Saxon poultry producer Wiesenhof.

“We’ve told our deliverers not to take in anymore Wiesenhof meat,” a McDonald’s spokesman told the Süddeutsche Zeitung.

The spokesman said renewed allegations against Wiesenhof and the temporary closure by authorities of one of their slaughterhouses in Möckern, Saxony-Anhalt at the end of last month had caused McDonald’s to cease deliveries as a precautionary measure.

About three percent of McDonald’s poultry meat sold in Germany has in the past come from Wiesenhof, but the spokesman said that no Wiesenhof meat has been delivered to German McDonald’s restaurants in the past three months.

“As soon as Wiesenhof has proven that past legitimate complaints can be ruled out in the future, McDonald’s Germany will consider reinstating Wiesenhof as a supplier,” the spokesman added.

The Süddeutsche Zeitung reported that the fast food chain is the first large company to react to the hygiene complaints at Wiesenhof.

McDonald’s has said it hasn’t found any proof of poor standards during its own tests of the Wiesenhof meat, but has halted deliveries to prevent damage to its own image.