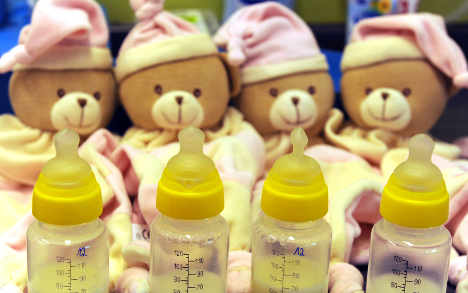 The odds are 1:13 million. Jasmin, Laura, Sophie and Kim – four identical quadruplets- caused a sensation when they were born in Leipzig on January 6.

Since then, doctors said in a statement issued on Friday, the babies have gained more than a kilogram in weight and have learned to drink on their own.

“It was crucial for us that the four of them behave like normal babies – drink their own meals and did not pause when breathing,” Ulrich Thome, head of the neonatal unit at the university hospital in Leipzig, said in the statement.

The quadruplets – who were delivered by caesarian section three weeks early – have made good progress in the round-the-clock care of the hospital team, said Thome.

Now the babies’ parents, who also have a son, will have their hands full. But they are well prepared and are receiving help from the hospital.

“To be honest I’m really glad that they’re finally coming home,” said mother Jannett Mehnert. “We had two months to prepare and we’ve got help.”

The parents will receive nappies and donated from the hospital and special premature baby food from a manufacturer.