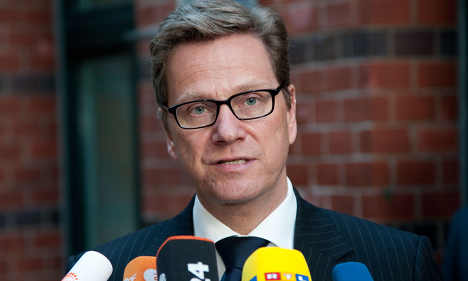 “At the request of Minister (Guido) Westerwelle, the Iranian ambassador was summoned yesterday (Friday) to the foreign ministry for the German government

and to demand his immediate release,” a spokeswoman told AFP Saturday.

“According to several independent reports, (Nadarkhani) is to be executed soon. Instructions to that effect have been sent by the Iranian judiciary authorities to the central prison in Rasht,” where he is being held, she said.

Nadarkhani, 34, converted from Islam to Christianity at the age of 19 and became pastor of a small evangelical community called the Church of Iran.

He was arrested in October 2009 and condemned to death for apostasy for abandoning his Muslim faith.

Islamic sharia law allows for such verdicts to be overturned if the convicted person “repents” and renounces his conversion, which Nadarkhani has refused to do.

Nadarkhani’s conviction was upheld by an appeals court in September 2010, but overturned by Tehran’s supreme court, which sent the case back to the lower court in his hometown of Rasht.

Its vice governor, who is responsible for security and political affairs in the province, has since said that Nadarkhani’s religious belief were not at issue, but has charged that he is “a Zionist, a traitor and has committed security crimes.”

Human rights leaders fear that he can be executed at any time.

Several other Western countries including the United States, Britain, France and Poland have condemned the sentenced and called for his release.