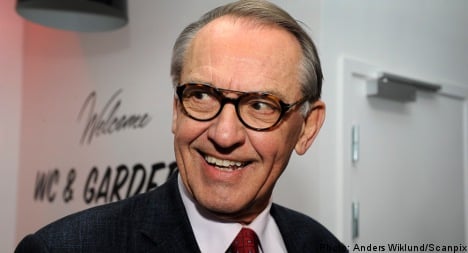 Eliasson, 71, will take over as deputy secretary general from Asha-Rose Migiro of Tanzania after the UN summit on sustainable development in Rio de Janeiro in June. Ban also told a news conference that Susana Malcorra of Argentina would be his new chef de cabinet.

The UN chief is revamping his top team to mark the start of his second five year term, which started on January 1.

Eliasson was Sweden’s foreign minister in 2006, he was also president of the UN General Assembly in 2005-2006 when it set up the UN Human Rights Council. As a carreer diplomat, he was also a special UN envoy on the Darfur conflict in Sudan and the UN’s first head of humanitarian affairs in 1992.

Malcorra has since 2008 been UN under secretary general for field support at the key peacekeeping division and has been widely tipped for a top post following changes carried out at the $8 billion a year department.

She was previously deputy chief of the World Food Programme and also has 25 years experience as an executive with companies including IBM and Telecom Argentina.