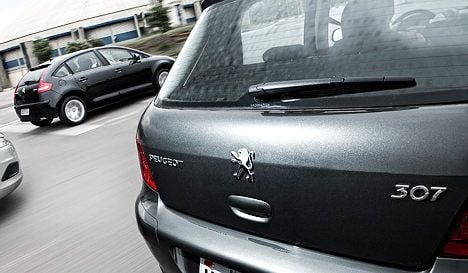 Sources close to the negotiation said the deal was a so-called standstill agreement in which GM could not increase its stake in Peugeot without prior permission from the car group.

Last week French Labour Minister Xavier Bertrand revealed that GM and Peugeot were in talks towards a strategic partnership confirming a report on a website.

Peugeot is France’s top car manufacturer, ahead of Renault, and Europe’s second, behind Volkswagen.

The Peugeot family controls 30.3 percent of the capital and 45.75 percent of voting rights in the firm which effectively took over French car manufacturer Citroen in 1976.

Last year, the firm, which employs 205,000 people worldwide, sold 3.5 million cars around the world, two-thirds of them in Europe where the market is under pressure as the economy slows sharply.

The Dutch sports car maker filed suit against GM in August 2012, claiming the US automaker interfered in a transaction that would have allowed Saab to restructure and stay afloat because GM wanted to dominate the Chinese market.

Saab, a former GM subsidiary, filed for bankruptcy in December 2011 after teetering on the edge of financial ruin for almost two years. A last-ditch bid to raise funds in China, with the group Youngman, was nixed by GM over technology transfer issues.

“GM’s actions had the direct and intended objective of driving Saab Automobile into bankruptcy, a result of GM’s tortiously interfering with a transaction… to restructure and remain a solvent growing concern,” Spyker said in the statement at the time.

GM filed a motion to have the lawsuit thrown out and on Monday a federal judge in Detroit agreed.

“General Motors had a contractual right to approve or disapprove the proposed transaction,” U.S. District Court Judge Gershwin Drain said in a hearing in Detroit, according to the Reuters news agency.

“The court is going to grant the motion to dismiss the matter.”

Spyker CEO Victor Muller refused to say whether or not he would appeal the ruling.

“We’ll consider an appeal as soon as soon as we have the written ruling,” Muller told the TT news agency via text message.

Muller has previously explained that the $3 billion figure associate with the lawsuit corresponds to what Saab would have been worth had GM not scuttled the deal with Youngman.