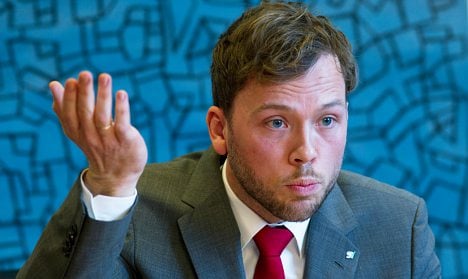 Lysbakken has previously admitted that his department broke the rules when it granted funding to a feminist self-defence organization attached to his own Socialist Left Party.

He denied however that anyone at the ministry had responded to an e-mail sent on April 15th 2010 on behalf of Jenteforsvaret (‘Girls’ Defence’), a sub-group of the party's youth wing.

But newspaper Dagbladet on Friday revealed that secretary of state Henriette Westhrin had in fact replied to the group’s request for funding with a vow to look into the matter.

Two days ago, Lysbakken said “no reply was ever sent” to an e-mail from Mali Steiro Tronsmoen, then head of the Socialist Youth group. The minister also said he had presented all of the relevant documentation in the case to a parliamentary committee examining the alleged misuse of state funds.

In her e-mail, addressed to Henriette Westhrin, the Socialist Youth chief began by presenting the idea of feminist self-defence courses for girls before quickly getting to the point:

“Now that the Socialist Left has moved in to the Ministry for Children and Equality, we wonder if any of you sitting there have the opportunity to carefully go through what possibilities there may be for financing such a project. For us, the most important thing is that girls get the opportunity to participate in the kind of solf-confidence and self-defence courses that we can offer, not that the Socialist Left is behind them.”

Confronted with the e-mail on Friday, Audun Lysbakken said he had spoken in good faith when he denied its existence.

“I was completely sure we had found all e-mails connected to the case,” he said.

He added that he had consulted with Henriette Westhren and would have presented the e-mail had he known about it.

Last autumn, the equality ministry earmarked 500,000 kroner ($90,000) for self-defence courses for girls. The funds were discussed in the 2011 budget but were never advertised. Instead, they were awarded to two organizations that contacted the department of their own accord.

A parliamentary committee wrote to Lysbakken on January 31st demanding an explanation after Dagbladet published an article alleging abuses.

According to Lysbakken, his department had originally intended to announce the availability of the funding, but the process was derailed for “different internal reasons”.

As deputy leader of the Socialist Left party, Lysbakken is seen as one of the main candidates to take over from outgoing party chief Kristin Halvorsen.