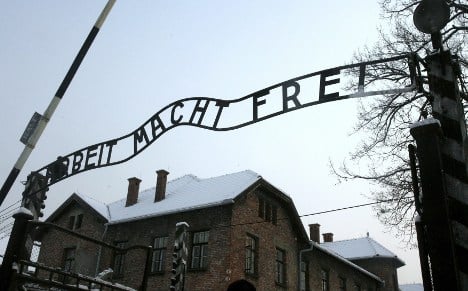 The ruling, made last November but released on Thursday, stems from a case brought in the eastern German state of Thuringia, where an 82-year-old man walked into a pub and began complaining about a documentary on World War II that was running on a TV there.

He questioned what he called the “lies” about the origins of the war, and the role that Jews supposedly played in altering the historical record afterwards.

He then returned two days later, began another argument and gave the landlord several neo-Nazi pamphlets. One of these, entitled “The historical lie of the so-called attack on Poland in 1939,” claimed that no gas chambers were used in the Third Reich.

The landlord kept the fascist pamphlets and later pressed charges against the man, who was convicted of hate crime through distributing literature in two Thuringia courts in June 2006 and April 2007. The man – who believed his freedom of speech had been violated – then appealed to the constitutional court, who ruled in his favour.

Germany’s highest court, based in the western town of Karlsruhe, said that the man’s arguments counted as freedom of speech, and were thus protected by article five of the German constitution. The ruling also said the man, who one judge described as “even today a zealous proponent of National Socialist ideology and historical forgery,” had not committed hate crimes, because he had only passed on the literature to one other person.

“Even the dissemination of National Socialist ideas as a radical questioning of the status quo” is not necessarily outside the protection of article five, the court said.

Holocaust denial remains illegal in Germany, the court underlined, saying the Holocaust was “a historically-proven fact that normally does not come under the protection of the freedom of speech.”

But the court decided that this was not the decisive point of the man’s arguments. He was simply using the denial as an “introductory attempt at an explanation” to deny Germany’s guilt for World War II in general.

Some critics do see Germany’s law on Holocaust denial as a threat to the freedom of speech, but the court expressly said that this ruling in no way affected that law.