Police received a call around 1:30pm on Wednesday afternoon that the man, identified by Sveriges Television (SVT) as Obydkhon Sobitkhony, had been found with gun shot wounds.

“He was shot at least once in the head, but there may have been more shots. He was improving for awhile last night but during the day on Thursday certain complications came up which have made his condition worse,” Östersund police detective Ted Persson told the local Östersunds Posten (ÖP) newspaper on Thursday.

Sobitkhony, who is known by the surname Nazarov, serves as an imam in Strömsund, where he has lived since coming to Sweden in 2006 as a political refugee from Uzbekistan.

He is being treated at hospital in Umeå for what have been described as life threatening injuries.

According to SVT, a gun believed to be used in Wednesday’s shooting was found near where Sobitkhony lay and around 30 officers participated in the preliminary investigation by combing the scene for clues and knocking on doors in the vicinity.

However, local police have made an appeal to the public for more information about the shooting.

Sobitkhony is a known critic of the regime in Uzbekistan and came to Sweden along with scores of other political refugees after a 2005 crackdown by Uzbek government troops in Andijan in which hundreds of protesters were killed, although the exact number of casualties remains in dispute.

At the time of the incident, known as the Andijan massacre, the Uzbek government claimed the demonstrations were organized by Islamic radicals.

In the wake of the influx of Uzbek refugees, Strömsund, a town of just over 4,000 residents, has seen a rise in hate crimes ranging rom racist graffiti to the burning down of a mosque in the city in 2008.

According to SVT, there were threats against Sobitkhony but, police were unwilling to confirm or deny the existence of threats directed against the imam.

“However, there are threats against other Uzbeks who are currently in Strömsund,” said Persson.

While local police are running the investigation, both Interpol and Swedish security service Säpo have been informed of the incident.

“For the moment, we don’t have any suspects, but we do have some forensic evidence,” Persson told ÖP. 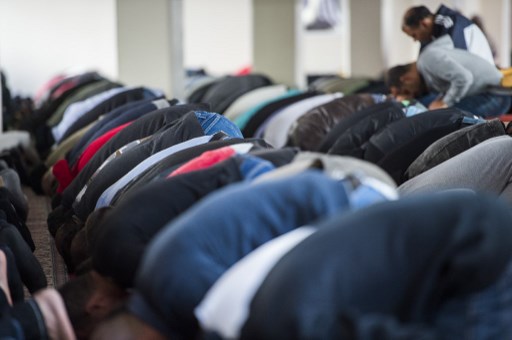 The 25-year-old was handed a non-custodial sentence of 18 months and banned from Switzerland for 10 years, according to news reports.

The Winterthur district court found the defendant guilty of three counts of public incitement to crime and violence, multiple depiction of violence, and working without a permit.

The court found it proven that during Friday prayers on October 21st last year at the An'Nur mosque the accused called for the killing and burning of Muslims who refused to take part in communal prayers.

It rejected the man’s explanation that he did not speak Arabic well and had just delivered a prepared sermon without understanding what he was preaching.

He was also convicted of having posted violent images of executions on Facebook and distributing these to other people.

The asylum seeker, who arrived in Switzerland last year, was arrested last November following a raid at the mosque.

He has been in detention ever since during which time his asylum application was rejected.

The An’Nur mosque closed its doors in June. It was alleged to have had connections to terror groups and to have helped radicalize young Muslims.