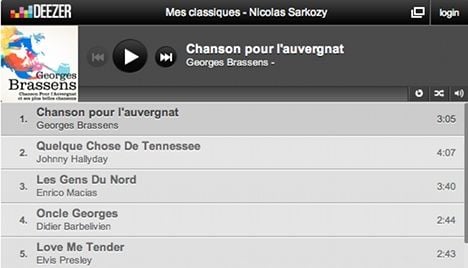 Playlists featuring preferred music for the two frontrunners were published on a variety of blogs and social network sites on Thursday.

President Sarkozy, not surprisingly and perhaps diplomatically, had a song by his wife, the singer Carla Bruni, on the list.

He wrote on his campaign website that the songs were those he likes and that “I take with me wherever I go.”

These included some more contemporary artists including Nolwenn Leroy, who became famous through a TV talent show, and Olivia Ruiz.

Hollande even made room for a British singer on his list, the Grammy and Brit award winning Adele.

His selection also included a song by France’s most popular personality and Socialist supporter, Yannick Noah.

Noah, who is better known as a tennis player outside France, launched a successful new career as a singer after he retired from the game. 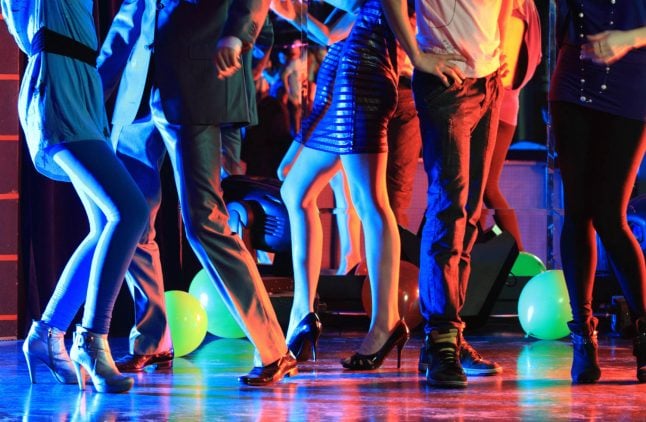 There are restrictions on dancing in Germany during Easter. Photo: Depositphotos/pitangacherry

With restrictions varying across the country's 16 states, the dancing ban, or 'Tanzverbot', effectively bars public dancing on the Christian holiday. In some states, including Hesse, the ban lasts for more than one day.

Now authorities in Frankfurt, the biggest city in Hesse, have vowed to crack down on anyone who ignores the ban that’s in place from Thursday to Saturday, reported regional newspaper the Frankfurter Rundschau (FR).

According to the law in Hesse, a fine of up to €1000 can be handed out to anyone who puts on a public dance event, the spokesman for the Ordnungsamt, Ralph Rohr, told the FR.

One of the city’s mayors, Uwe Becker, of the centre-right Christian Democrats (CDU), has called for residents to show respect for those who observe the religious Easter holiday, and not take part in any dancing.

“Even those who do not belong to a religion themselves should show respect for the feelings of others,” said the CDU politician who is head of the church department in Frankfurt.

The law in Hesse states that dancing in public is forbidden from 4am on Maundy Thursday until midnight on Holy Saturday, as well as on Sundays and public holidays from 4am until 12 noon.

According to Rohr, city police will conduct their usual checks during this time.

“If complaints are received, police will investigate them,” said the Ordnungsamt spokesman.

In response to the FR's question as to whether dancing would be stopped, Rohr said: “We will end what is not allowed.” Clubs will be contacted by authorities and warned in advance.

SEE ALSO: 10 ways to celebrate Easter in Germany like a local

As well as dancing, other activities are banned at Easter time, such as sporting events and gambling. The ban on dancing has led to protests across Germany throughout the years.

Centre-left Social Democrats politician Kevin Kühnert recently said the ban should be abolished. He said people should be able to decide for themselves whether they want to celebrate or not.  He told the Redaktionsnetzwerk that “anyone who wants to go to a disco that day should be able to do so.” A protester at a demo in Stuttgart in 2015 holds placards that read: 'We dance when we want!' and 'Release the dance!' Photo: DPA

Not surprisingly, club capital Berlin is the most liberal state when it comes to upholding the silent public holiday, with the 'Tanzverbot' only in place from 4am to 9pm on Good Friday.

In the southern state of Bavaria, which is largely Catholic, the ban runs for 70 hours: from 2 am on Maundy Thursday until midnight on Holy Saturday. Penalties vary, but people who flout the law, which tends to be event organizers or club owners, risk fines of up to €1,500.

Meanwhile, in Frankfurt, Becker urged all citizens to comply with the legal regulation on Good Friday.

For many Christians it is deemed inappropriate to dance or celebrate during Holy Week – the seven days leading up to Easter Sunday. Good Friday, when Christians commemorate the crucifixion of Jesus, is of particular importance. For Catholics, the day is traditionally meant for fasting and abstinence.

Becker said that not taking part in “loud and exuberant celebrations” is “an important gesture” that shows respect to “fellow human beings”.