So far, around 150 children in Sweden have developed narcolepsy from the Pandemrix swine flu vaccine, but that number could rise, according to Tomas Norberg, chair of the Swedish Narcolepsy Association (Narkolepsiföreningen).

Norberg, whose 17-year-old son Simon suffers from narcolepsy, was one of several parents who co-authored an opinion article published on Sunday in the Svenska Dagbladet (SvD) newspaper arguing that children who developed the condition after being vaccinated for the swine flu ought to be compensated.

“We’ve learned that our children have received a life-long handicap and need to eat dependency inducing medications with awful side effects in order to get through the day,” Norberg and the other parents wrote, adding their children’s ability to get hired and hold down a job has also been compromised.

“Now it’s time for prime minister Fredrik Reinfeldt and the rest of the government to take responsibility. We demand that the state take full economic and medical responsibility for our children, now and in the future.”

Previously, the families were told they would receive a one-time compensation of 50,000 kronor ($7,340) and that their needs would be assesssed again when they turned 18.

When Sweden agreed to purchase the drug from GlaxoSmithKline, the contract stipulated that the company would be free of responsibility to cover costs associated with any side effects.

According to Hägglund, the state will compensate those affected by narcolepsy caused by the swine flu vaccine.

“Yes, there will be some form of compensation for the roughly 170 children who’ve been affected,” the health minister told Sveriges Radio (SR).

However, Hägglund refused to specify how much the compensation might be or what form it might take.

“Our lawyers are looking into what’s the best way to shape the compensation. This is a terrible situation which no one anticipated.” 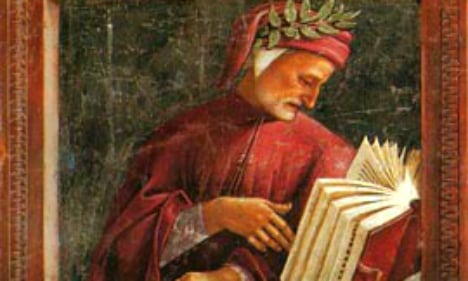 Might narcolepsy have been a source of Dante's creativity? Photo: Wikimedia

Scientists needed to look no further than the first canto of the Inferno – the first part of Dante's 14th century epic poem depicting his journey through the underworld, purgatory and heaven – to find further proof that the poet suffered from sleeping sickness.

In the poem's famous opening passage the poet encounters a ferocious she-wolf while trying to climb a hill.

“Behold the beast on whose account I turned: from her protect me, O thou famous Sage,” writes Dante, “for she makes both my veins and pulses tremble”.

For one of the paper's authors, Dr. Francesco Galassi, a man who combs historical texts to try to find evidence of medical disorders throughout history, the words provide further evidence of Dante's narcolepsy.

“In this famous section Dante gives a very accurate description of a flight or fight response, centuries before the phenomenon had been explained scientifically.” Galassi told The Local. “It suggests that 700 years ago people had a good knowledge of the body's physiological responses to fear.

But it also supports the theory that the poet had narcolepsy, put forward by neurologist Giuseppe Plazzi of the University of Bologna's Sleep Laboratory in 2013.

Plazzi's theory goes that, if read literally and not symbolically, The Divine Comedy describes many aspects of narcolepsy.

Throughout the work the poet lists the condition's trademark symptoms: he is overwhelmed by excessive tiredness and sleepiness, experiences sudden falls, and takes frequent naps.

“Dante's description in canto one perfectly describes an anxiety attack, which is a very common symptom of narcolepsy,” Galassi explained. “The attack is brought on by a hallucination which is another common feature of the disease.”

For Galassi, the vision of the she-wolf is important too: as in medieval literature the image was widely associated with a lack of control over one's body.

A growing academic trend has seen all kinds of mental and physical ailments attributed to key historical figures in recent years: from Hitler's supposed syphilis to Samuel Johnson's possible Tourette's. But mostly the case is – quite literally – paper thin.

“Obviously, it is impossible to say whether or not the great man suffered from the disorder as there is a dearth of biographical information about Dante,” Galassi lamented. “Clues therefore have to be gleaned from scraps left behind, such as his own works.”

But if Dante did suffer from narcolepsy – how did he ever find time to write a masterpiece?

“The disorder has a wide spectrum and can be mild or severe – it doesn't have to have been debilitating. In fact, it might even have been a source of creativity as narcolepsy sufferers often report very lucid dreams.”

The idea that narcolepsy might have inspired the poet's reverie is perhaps far-fetched, but the image of a heavy-eyed Dante jotting down a dreamlike canto or two in between bouts of sleep is hard to resist.