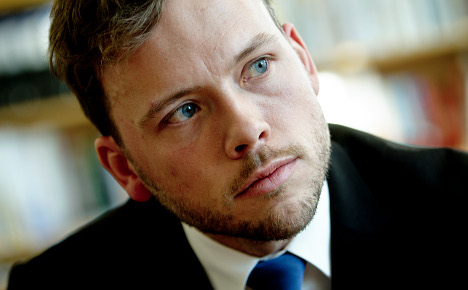 Lysbakken said the ministry had mistakenly concluded that there was no need to announce the availability of the funds before deciding on where to allocate them.

Last autumn, the equality ministry earmarked 500,000 kroner ($90,000) for self-defence courses for girls. The funds were discussed in the 2011 budget but were never advertised. Instead, they were awarded to two organizations that contacted the department of their own accord.

One of these groups, Jenteforsvaret (‘Girls’ Defence’), is a sub-division of the Socialist Left Party’s youth wing. It received 154,000 kroner.

“It’s important not to run away from mistakes we have made. I take full responsibility and regret that we did not advertise the availability [of funding],” Lysbakken told news agency NTB.

“When one of the organizations is part of the Socialist Youth group, we should have been extra vigilant. But there’s nothing wrong in and of itself with Girls’ Defence getting money. All the funds granted are used in line with the objective of working to combat sexual harassment and rape,” he added.

A parliamentary committee wrote to Lysbakken on January 31st demanding an explanation after newspaper Dagbladet reported on the alleged misuse of state funds.

According to Lysbakken, who returned from paternity leave on Monday, his department had originally intended to announce the availability of the funding, but the process was derailed for “different internal reasons”.

The minister did not wish to comment on whether he personally had been involved in the decision to allocate the funds to Girls’ Defence.

As deputy leader of the Socialist Left party, Lysbakken is seen as one of the main candidates to take over from outgoing party chief Kristin Halvorsen.

“It’s the party congress that decides who will become the Socialist Left’s party leader. But it can’t be negative for a leader to admit to a mistake and rectify the error,” said Lysbakken.