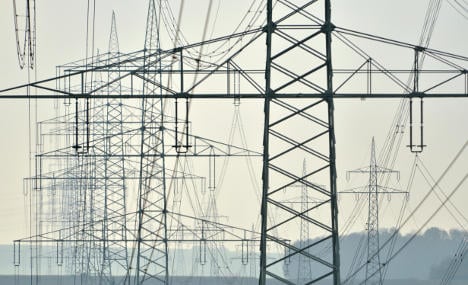 a coal-powered plant in southern Germany and two plants in Austria be activated, the regional Environment Ministry in the southern state of Baden-Württemberg said.

The power station in Germany, in the southern city of Mannheim, would continue to be used Thursday, a spokesman said.

“We do not have a problem of supply, of quantity, it’s principally a question of stabilising the network,” a spokeswoman for the Germany electricity market regulator said.

Germany also had to tap its reserves in early December. Under the reserve plan, five generators in Germany have been designated, which are powered by coal or gas and normally not in operation, as well as several in neighbouring Austria.

They can only be used at the request of the electricity network operators in case of need or as a preventive step.

In the wake of the tsunami-sparked Fukushima nuclear disaster in Japan last March, German Chancellor Angela Merkel’s government backtracked on an earlier decision to extend the use of nuclear power. Eight of Germany’s 17 reactors have already been switched off and the nine reactors currently on line are due to be turned off between 2015 and 2022.

But so far Germany has not seen the power shortages that some predicted. In fact, the country even exported electricity to neighbouring France earlier this week, as French nuclear reactors failed to keep up with surging demand.

A recent study showed that Germany is now compensating for the off-line nuclear stations primarily with renewable energy: around three-quarters of the atomic gap. So although it’s been extremely cold recently, sunny weather in Germany helped fill France’s power shortfall caused by the country’s heavy dependence on nuclear energy.

This is largely because the French heat with electricity, rather than with natural gas like the Germans. Notoriously inefficient, electric heating across France has caused a spike in power demand during the latest cold spell that the country’s 58 nuclear reactors are having trouble covering.

“It is during extremely cold days like these that we see that renewable energies can provide us security of supply and stability,” German Environment Minister Norbert Röttgen, told Der Tagesspiegel newspaper on Sunday.