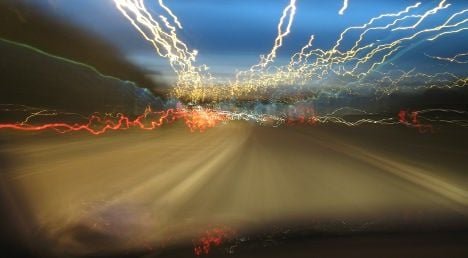 Officials at the transport ministry confirmed to The Local on Monday that the rules will apply to anyone driving on French roads, including foreigners visiting the country.

The good news for them is that anyone caught without the kit will not immediately face the €11 ($14) fine. Police are to be instructed to start issuing fines only from November.

A departmental spokesperson told us that the start date for the new measure has been pushed back to July 1st 2012, a time when many foreign visitors take to the country’s roads for their holidays.

The date has been pushed back from the original planned date of April 1st to give manufacturers time to produce enough of the kits.

The single-use breathalyzer kit can be used to check the driver’s blood alcohol level. The legal limit in France is 0.5 grams per litre.

France has been battling to reduce the annual number of road deaths, which sat stubbornly around the 4,000 mark in 2011, a slight reduction on the figure for the year before.

The new test will allow people to test themselves and to give them the means to test others if they suspect they are over the limit.

Single-use breathalyzers cost between €0.50 and €1.50 and authorities are trying to make sure there are enough available before the law comes into force.

Tests carrying the “NF” label are recommended in France, of which there are two manufacturers: Contralco and Red Line.

The transport department did not offer guidance on which tests to buy outside France, nor did it confirm whether a communication campaign will take place to publicise the new rules.

Motorists are being advised to have at least two breathalyzers at all times, so that one can be used if necessary while the other is kept to produce if requested by police.

Anyone driving in France is already required to carry a warning triangle and a fluorescent safety vest. The vest should be carried inside the car and not the trunk. Failure to have these in the car can lead to a fine of €90.

Other items required are a first aid kit, fire extinguisher and and spare bulbs for car lamps, lenses and reflectors.

More information is available, in French, on the website of government road safety agency Sécurité Routière.