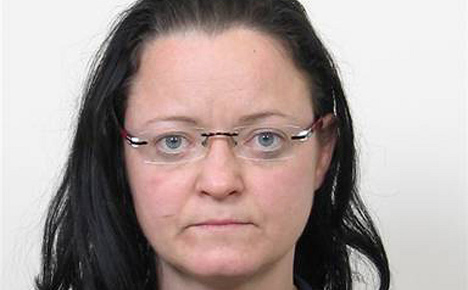 By examining the debris left on Zschäpe’s socks, a chemist with the Saxony state police identified hints of what was most likely gasoline, German magazine Focus reported on Sunday.

Experts also found traces of fuel in the debris of the apartment, including on carpets, seat cushions and wood flooring.

Zschäpe’s socks were confiscated by police on November 8, after the suspect handed herself in to police.

Zschäpe is said to have blown up the flat four days earlier to destroy evidence of the group’s crimes, after her alleged accomplices, Uwe Mundlos and Uwe Böhnhardt, were caught having robbed a bank. One of them shot the other dead before killing himself.

The federal prosecutor’s office says the group called themselves the National Socialist Underground. They are alleged to have killed nine shopkeepers and a policewoman between 2000 and 2007.

Focus reported that Zschäpe listened to her cell phone voicemail before the explosion at the apartment. Investigators with Germany’s Federal Police suspect that she had received a message from her two flatmates.

Police found evidence linking the trio to the murders, as well as a DVD of a video boasting of the killings, in the rubble of the flat.

The German federal police reconstructed an address book that was found in the house, which was said to have served as an “enemy list.” It included the names of high-ranking investigators, as well as opponents of the far-right National Democratic Party (NPD).