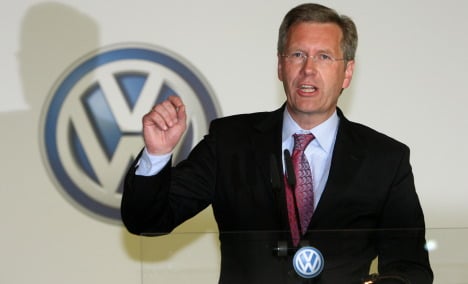 Weekly magazine Der Spiegel said Wulff rented the car during his time as state premier of Lower Saxony, which could violate the terms of his post.

According to state law, ministers and the state premier are prohibited from accepting “rewards and gifts relating to their office.”

The car, a Skoda Yeti SUV made by the Volkswagen Group, was reportedly leased in 2010 for the same rate given to company board members.

The German president served as a supervisory board member of VW during his time as state premier of Lower Saxony. The state has a 20 percent-stake in Volkswagen.

Wulff would have only paid 1 percent of the new car price as a monthly leasing fee, instead of the regular 1.5-percent rate given to other customers.

Gernot Lehr, a lawyer for the German president, told the magazine that Wulff “paid the normal fees within the VW Group.”

The president has been under pressure to explain himself since last December, when it emerged that as Lower Saxony premier he had failed to reveal a soft loan of €500,000 from prominent regional businessman Ergon Geerkens.