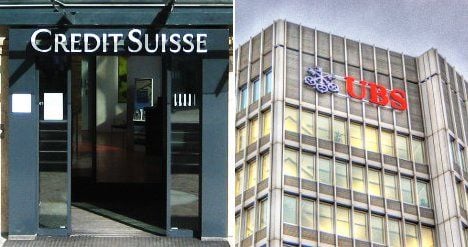 The Swiss Competition Commission COMCO said in a statement that it had received information regarding potential unlawful agreements among banks.

“Derivative traders working for a number of financial institutions might have manipulated these submissions by coordinating their behaviour, thereby influencing these reference rates in their favour,” the statement said.

The commission said derivative traders might have colluded to manipulate the difference between “the ask price and the bid price (spread) of derivatives based on these reference rates to the detriment of their clients.”

COMCO has begun to probe actions by Switzerland’s two biggest banks, UBS and Credit Suisse, as well as those of a dozen major foreign financial institutions and other companies.

A UBS spokeswoman contacted by AFP said the bank would “take very seriously” the investigation and will “cooperate fully” with authorities.

Tibor and Libor rates are based on central bank reference rates and determine the level of interest paid by participating financial institutions on interbank markets in London or Tokyo.

The rates are then used as benchmarks in many contracts and financial products such as home mortgages.

In December, Japan’s financial watchdog ordered a temporary suspension of trading activities at Japanese subsidiaries of the US bank Citigroup and UBS, accusing them of trying to manipulate interbank rates.

The Financial Times reported in March that US, Britain and Japanese officials had launched a probe that applied to all banks regarding the calculation of Libor for dollar interbank loans between 2006 and 2008. 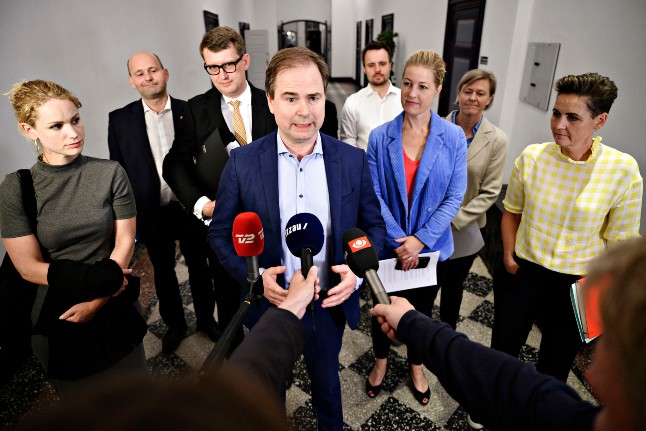 Finance Minister Nicolai Wammen (centre) announces the deal with other part leaders on Sunday night. Photo: Philip Davali/Ritzau Scanpix
The new “summer package“, will be released as part of an agreement between all parties except the populist Danish People's and New Right Parties, and the libertarian Liberal Alliance, and also contained details of how other financial support packages put in place in March will be phased out.
Although finance minister Nicolai Wammen said that the money might not be disbursed until as late as October, for technical reasons, he encouraged Danes to start spending now.
“Danes can feel sure that the money is coming, so if you want to use the money for ice cream, clothes or things for your home, you can do this safe in the knowledge that the money is coming by October,” he said.
The release of the holiday money will mean a payment of 19,000 kroner before tax for the average worker, the Ekstra Bladet newspaper estimated.
It will mean a payout of 12,600 after tax with someone earning an annual income of 300,000 kroner before tax, according to Danske Bank. For those earning a million kroner a year, the payment could be as high as 32,400 kroner.
Troels Lund Poulsen, finance spokesperson for the opposition Liberal Party, welcomed the agreement.
“We must get started domestic consumption going again. That is why we are pleased to note that three of the holiday weeks are now being paid out,” he said.
The 100bn kroner in 'frozen holiday money' was created last year when Denmark switched to a new system of holiday pay.
Under the old scheme, workers built up the allowance over a year and could only take it after the following May. Under the new one, they earn 2.08 days of holiday a month, which can be used immediately. To avoid double payment, the money built up the previous year was put into a fund which Danes were to have access to on retirement.
Releasing three weeks of money will mean a total payout of 60bn kroner. The government said it planned to discuss whether to release the final 40bn with other parties after the summer.
As part of the deal, the government also announced a long list of changes and extensions of existing financial support schemes for companies.
Among these was an agreement to phase out the support scheme for the self-employed and freelancers by August 8th.
SHOW COMMENTS
Url copied to clipboard!