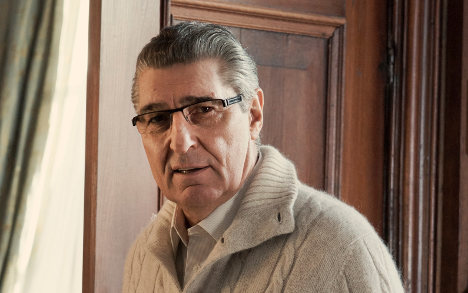 Assauer, a man lionised for his huge Bundesliga career on the field with teams such as Borussia Dortmund and and later as manager of Schalke 04, a cigar permanently clamped between his teeth and an attractive woman on his arm, describes the fears he is facing in his autobiography released on Thursday.

“If there was one thing in the world, if there was one thing in my life that I was always afraid of, which really gave me the shits, to speak in good German, then it was Alzheimer’s. Just not this. Just not to go demented in old age; that was often whirring around in my head,” he told Patrick Strasser, co-author of the book titled: “Substituted – fading memories of my life.”

The 67-year-old’s mother suffered from Alzheimer’s before she died, while Assauer’s 80-year-old brother is so badly affected by the disease that he lives in a home. His second marriage, which only began last April, could not survive his disease, and he now lives with his daughter.

“There are walking aides, artificial knees, new hip joints, others are alive thanks to a pacemaker but the head, the brain. Nothing is worse,” he wrote.

Assauer’s decision to go public with the announcement that he has Alzheimer’s came two years after he started treatment, and after he had experienced some symptoms as far back as 2004 and 2005, while he was still manager for Bundesliga club Schalke 04, Stern news magazine reported this week.

Inaccurate rumours that he was an alcoholic had also contributed to his decision to disclose his Alzheimer’s status.

Hans-Jürgen Freter, from the German Alzheimer’s Society, said Assauer was showing a great deal of courage in the way he was dealing with his disease – and that in going public, he could help to remove the taboo surrounding the disease.

“It is important that we talk about this openly, and Mr Assauer having ‘outed’ himself like this could contribute to society doing this,” Freter told The Local.

“His case also shows that this disease can hit anyone, and is something about which we cannot do anything. In this case it has hit someone who was successful in many aspects of his life, who lived well, certainly enjoyed his life to the full, and who was physically fit.

Encouraged by his example

“People should be encouraged by his example to be open about this disease, to see they do not have to hide it but can tell people and ask for help and understanding. It is a good idea, for example, to tell the people in the shop next door or in the supermarket, so they can understand what is behind any odd behaviour.”

He said the Alzheimer’s Society was working with a number of communities to make them more friendly to dementia sufferers. This involved training and awareness workshops with the police, fire brigades and even local shop staff so they were ready to recognise signs of dementia and show people understanding – rather than assume that strange behaviour is due to drink, for example.

He said for those affected, getting an initial diagnosis was crucial – particularly as some of the classic signs of Alzheimer’s or dementia could be similar to other, much more simple problems such as thyroid deficiency. And although the disease cannot be cured, it can be treated with drugs, which can in some cases hold back the development of dementia for up to a year.

“That may not seem like a long time, but it is a gain in time and quality of life,” said Freter.

“The problems are mostly to do with looking out for them – it can be a little like looking after children, although these are people with 80 years or so life experience so they should not be treated like children. This also means though, that they develop the physical difficulties that come with age, on top of their dementia.”

He said there was an array of support options in Germany, for those affected by the disease and their families. A network of Alzheimer’s associations like the Berlin-based one he works for, covers the country, and can offer advice and support.

The German Alzheimer’s Society has a national hotline on the phone number: 01803 171017. It costs nine cents a minute and has basic information in English.