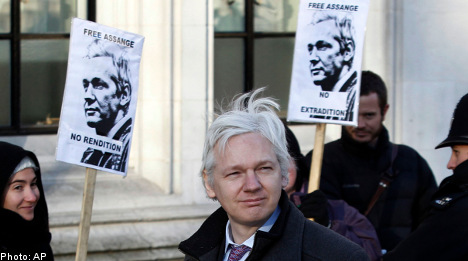 In his final avenue of appeal within the British legal system, Assange’s entire case rests on the argument that the Swedish prosecutor who ordered his arrest in December 2010 was not a proper judicial authority.

But Clare Montgomery, a British lawyer acting on behalf of the Swedish prosecuting authorities, rejected claims made the previous day by lawyers for the 40-year-old Australian.

“The issuing member state has the task of identifying who it regards as the judicial authority competent to issue the European Arrest Warrant,” she told the panel of seven judges.

Montgomery added that there was “nothing either shocking to the conscience or alternative to basic human rights” for a prosecutor or police officer to issue such a warrant.

She told the panel of seven judges on Thursday that it would “undermine” the fast-track European Arrest Warrant system if Assange’s appeal was allowed.

Citing legal examples from France, Denmark, the Netherlands, Ireland and even Cambodia, she said victory for Assange could lead to at least eight European countries being barred from using the warrant system — and there was laughter in the court when one of the judges gently ribbed her after she attempted to say “judicial authorities” in Dutch.

But in her closing argument, Assange’s lawyer Dinah Rose said Montgomery’s case was “untenable”, and that a prosecutor was not an independent, impartial judicial authority.

The white-haired Assange did not comment as he left the grand court building, which is opposite the Houses of Parliament in central London.

He pushed his way through a hail of flashbulbs in the darkness before getting into a taxi, while dozens of supporters of his work on his anti-secrecy website shouted “Well done, Julian!”

It was the second and final day of the hearing at the wood-panelled courtroom in central London.

The judges are expected to defer their decision on Assange’s fate for several weeks.

Court officials said it would likely be handed down in person by the judges to the lawyers in the case, but it was unclear whether Assange would be there for the verdict.

Dozens of supporters were again in court to see the former hacker, who has become a cause celebre since his anti-secrecy website enraged Washington by leaking thousands of secret US documents.

Britain’s Supreme Court only deals with cases that it decides raise a wider point of public interest — which in Assange’s case would be an overturning of the whole fast-track European Arrest Warrant (EAW) system.

On Wednesday, Rose argued that extraditing him to Sweden on the basis of an EAW issued by a prosecutor would breach legal principles dating back 1,500 years.

She said that only a judge or similar official should count as a proper “judicial authority.”

One of the judges mentioned the fact that Britain’s Serious Organised Crime Agency, which deals with EAW requests, turned down the original warrant issued by Sweden.

The reason was because it did not include a mention of the maximum prison sentence, as stipulated by the EAW system. The detail was included on the second warrant, which was accepted.

Assange has spent most of the last year under virtual house arrest at the mansion of a supporter in Norfolk, eastern England, although he has now moved out.

Assange denies the rape and sexual assault allegations made by two women in Sweden, and insists the sex was consensual.

He has also claimed that the allegations against him are politically motivated. Assange has said he fears he will eventually be handed over to the United States, where Bradley Manning, a US soldier accused of handing documents to WikiLeaks, faces a court-martial.

If the court rejects his appeal, Assange will have exhausted all his options in Britain but he could still make a last-ditch appeal to the European Court of Human Rights, prosecutors have said.

But if Assange wins his case it could call into question the entire EAW system.

While the legal battle has dragged on, Assange’s celebrity status has grown.

He is to host his own TV show — although Russia’s state-run RT is the only channel to confirm it will broadcast it — and will also make an appearance as himself this month on the 500th episode of the US cartoon show “The Simpsons”.

A lower court in Britain initially approved Assange’s extradition to Sweden in February 2011. An appeal to the High Court was rejected in November, but he subsequently won permission to appeal to the Supreme Court. 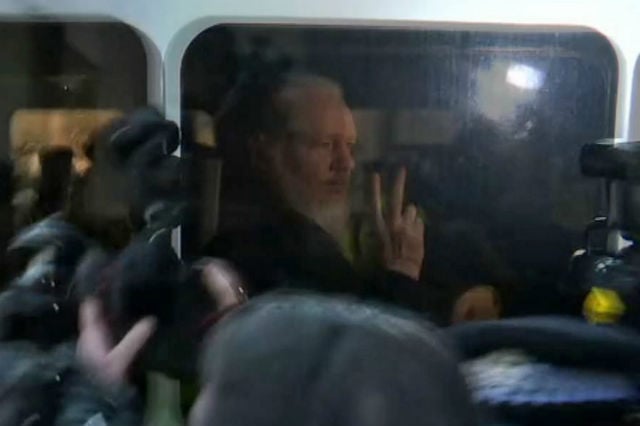