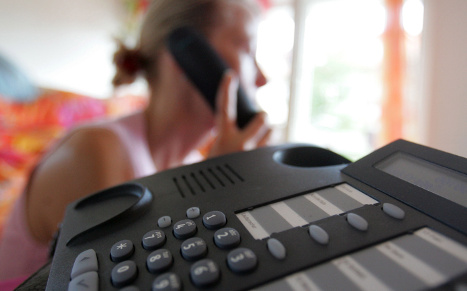 “These rip-off phone numbers are showing no sign of slowing down,” said Bärbel Höhn, deputy leader of the Green Party, which published the figures.

She told the regional paper Saarbrücker Zeitung the government was not doing enough to stop people being over-charged.

Sex and quiz phone lines, often hosted on 0900 numbers, kept people waiting for 48 million minutes, at a cost of €58 million. These numbers have an average cost of €1.20 a minute.

A telecommunications bill is being discussed in parliament, and includes a clause banning some expensive phone charges.

Under the proposal, only free numbers and those with area codes would be allowed to keep people waiting for a call. If companies want to charge people who are ringing they must set a flat price.

Yet this would not be enough, said Höhn. “There big loopholes which mean that recorded messages and choosing from a menu will still cost money,” she said.

The telecommunications bill includes other measures which have held it up in parliament, so any premium phone line ban itself being kept on hold.

PARTNER CONTENT
The many benefits of extracurriculars for international kids
Url copied to clipboard!