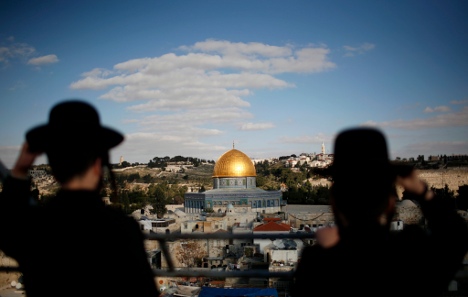 Andreas Reinicke, Germany’s ambassador to Syria, will take over from Belgian diplomat Marc Otte on February 1 for a term ending June 30, 2013, with the goal of helping to revive stalled peace talks.

Reinicke “is an experienced diplomat with huge knowledge of the Middle East. He will play a key role in our efforts to bring the parties back to the negotiating table”, said EU foreign policy chief Catherine Ashton.

An EU statement said his task “will be to contribute to achieving the EU’s policy objectives in the region, including a comprehensive peace, a two-state solution and a settlement of the Israeli-Syrian and Israeli-Lebanese conflicts.”

His appointment comes on the eve of a two-day visit by Ashton to Israel and the Palestinian territories, hoping to persuade both sides to return to the negotiating table.

The two sides began exploratory talks this month under the auspices of Jordan to see if they can resume negotiations.

“We want to offer support to the King of Jordan for all the work that they are currently doing to try and support a peaceful solution, a two-state solution,” Ashton said.

“I will be there to try and support that in every way that I can,” said Ashton, who will meet Israeli Prime Minister Benjamin Netanyahu and Foreign Minister Avigdor Lieberman as well as Palestinian president Mahmud Abbas and prime minister Salam Fayyad.

The EU has angered Israel over leaked EU reports criticising the continuing construction of settlements in Palestinian territories.

Jewish settlements are deeply contentious, with Israeli-Palestinian peace talks grinding to a halt over the issue in late September 2010, just weeks after they were restarted.