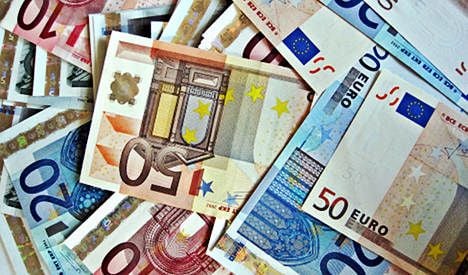 In their first bond auctions since Standard & Poor’s downgraded their credit ratings last week, both Paris and Madrid demonstrated they can still borrow at affordable rates.

Despite S&P having dropped Spain’s rating two notches from AA- to A, investors clamoured to buy its bonds, with bids exceeding €15.3 billion ($20 billion) for the the original 3.5-4.5 billion originally planned to be sold.

Spain took advantage of the competitive rates and raised a combined total €6.609 billion in the auction.

It was the sixth consecutive successful bond auction for Spain, giving the new right-leaning government of Prime Minister Mariano Rajoy some breathing room as it seeks to squeeze a stubborn public finance deficit.

Meanwhile France successfully raised €9.46 billion in a sale closely watched as a test of appetite for its debt after Standard & Poor’s stripped the country of its top AAA rating.

The average yield on benchmark 10-year bonds dropped to 1.07 percent from 2.32 percent in the last comparable sale on November 17th, with bids over three times the amount offered.

The rate of return on short-term bonds also dropped considerably, by about 0.5 to 1 percent points.

“Strong and healthy demand (for French and Spanish debt) demonstrated how undisturbed the markets were by the recent S&P downgrade that deprived France of its triple A rating,” Gekko Global Markets trader Anita Paluch told AFP.

“It seems there is little concern when it comes to the perception of risk as the cost of borrowing for both nations have fallen. It proves the liquidity is abound and that Spain’s efforts of easing the pressure on its finances is bearing its fruits and was well received in the markets too.”

The S&P downgrades could theoretically expose them to higher interest rates on their long-term bonds, although markets appear to have already largely factored them in.

Moreover, eurozone banks are flush with nearly half a trillion euros in low-cost funds from the European Central Bank, with sovereign bonds offering a potential easy return.

Meanwhile, Greece said Thursday the International Monetary Fund was ready to open talks on new rescue funds as Athens was set for further talks with private creditors on a voluntary write-down of its debt needed to save it from a default.

“After a waiting period of several weeks, the green light has been given for the country to submit to the IMF a request to begin procedures for the new programme,” Greek Finance Minister Evangelos Venizelos told parliament.

Venizelos and Prime Minister Lucas Papademos were due to resume talks at 1700 GMT with Charles Dallara, head of the Institute of International Finance (IIF) and lead negotiator for the banks.

The negotiations, aimed at cutting Greece’s staggering total debt of more than €350 billion by just under a third, stumbled last Friday over the terms of new bonds that would replace some of the debt to be written off.

The eurozone has insisted private creditors take losses of at least 50 percent on their holdings of Greek bonds to lead to a reduction of around €100 billion in the country’s debt.

Greece needs the debt reduction deal and the €130 billion in additional funds the eurozone has offered before major bond repayments are due in March or it could face a default.

Greek officials have said they see a deal as possible by the end of the week.

Japan said Thursday that it was ready to help out after the IMF called for $500 billion in new funds as the European debt crisis threatens the global economy helped.

However the United States has resisted calls for a larger IMF stand-by fund, and its success will hinge on the attitude of emerging economies like China, Brazil and India.

European states have already committed to providing around $200 billion.