A Hamas official, who spoke on condition of anonymity, said Meshaal and Jean-Daniel Ruch, whose country is not part of the European Union, discussed the possibility of relations between Europe and the Islamist group which rules Gaza.

The Hamas delegation stressed “the importance of Europe being open to the movement and the need to end the bias against one Palestinian side in favour of the other,” an apparent reference to its rival Palestinian movement Fatah.

Despite Hamas’s sweeping 2006 Palestinian parliamentary election victory, and its efforts to reconcile with Fatah, the group remains blacklisted as a terrorist organisation by the European Union, with EU government officials barred from engaging in normal relations with the group.

Swiss diplomats have been engaged in a dialogue with Hamas as part their contacts with political movements in the region.

Mushir al-Masri, head of foreign relations for Hamas who is currently in Switzerland for a meeting of the Inter-Parliamentary Union, said Wednesday’s meeting was part of a broader process.

Speaking to AFP by telephone from Switzerland, he said the talks “come within the framework of the Hamas political bureau’s contacts with some European parties and its policy of openness towards the Europeans.”

“We stressed during all our meetings in Switzerland the need for openness and positive engagement between Switzerland and the European countries, and the Hamas movement, because Hamas is open to Europe,” Masri added. 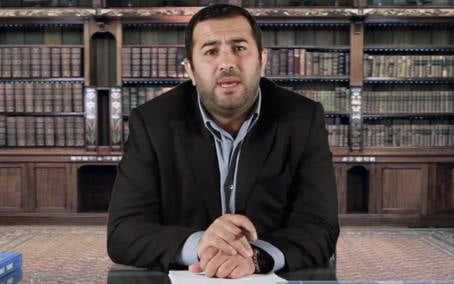 Iyad Abourok in one of his broadcasts - YouTube
Film-maker Iyad Aburok is spokesman for Palestinian 'Tamarod', meaning rebellion, which is planning a demonstration in Gaza on November 11.
The group is protesting government run by Hamas, the Islamic political group, which has held power since 2007, when it broke
it ties with the Fatah-led Palestinian National Authority.
"We are trying to bring about a large street demonstration to demand free parliamentary and presidential elections in the Gaza Strip," he told Aftenposten newspaper.
The Tamarod movement, which has 70,000 followers on Facebook, is modelled on the Egyptian grassroots movement of the same name, which was one of the leading groups in the demonstrations that toppled former President Mohammed Mursi in 2011.
The 35-year-old, who came to Norway four years ago, a long-term critic of Hamas, said that critics of the government have been jailed in recent years.
"They saw what happened to the Muslim Brotherhood in Egypt, and fear that the same will happen in Gaza," he said.
The 35-year-old believes it is too dangerous for him to personally join the protest, and is instead acting as spokesman for Tamarod from Lillehammer.
"The reason I was chosen to advocate for Tamarod is that I live safely in Norway," he told Aftenposten. "There are two other leading members, but they are in Gaza and must remain in hiding".
SHOW COMMENTS
Url copied to clipboard!