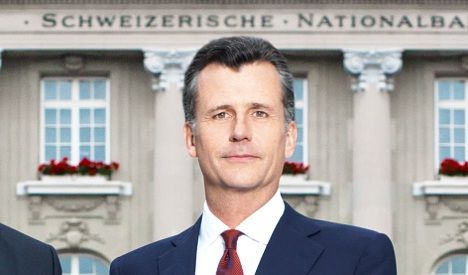 The Neue Zürcher Zeitung agrees, and characterizes the central bank’s own rules as “lax,” especially at a time when demands for compliance are rising.

The chairman of the SNB will not emerge unscathed from the affair, NZZ believes. The Zurich daily says the Hildebrands’ currency transactions do not show “a great deal of tact” on the couple’s behalf.

Other newspapers go further. For the Berner Zeitung, Hildebrand “should resign” because “he has lost all credibility in one fell swoop.”

His resignation is “inevitable”, says the Basler Zeitung, which asks him to step down “as quickly as possible”, since any transaction with foreign currency automatically places him in a “conflict of interests.”

In the French-language press, La Tribune de Gèneve says the scandal is a “drama for conservative Switzerland, where the cult of secrecy becomes a trap for those who would be protected by it.”

In an article published jointly, five French-language papers, including L’Express, say the Hildebrand affair “will at least have the merit of making the functioning of the SNB more transparent.”

Dailies 24 Heures and Le Temps, meanwhile, question the role of the Swiss People’s Party figurehead, Christoph Blocher, who uncovered the scandal by bringing compromising bank documents to the Federal Council.

Swiss central bank chief Philipp Hildebrand is due to break his silence later on Thursday over his wife’s controversial dollar purchase that has sparked a growing scandal and speculation over
insider trading.

Hildebrand, 48, will give a public statement at the Swiss National Bank in Zurich on the affair which has already seen two separate probes and a banking industry worker sacked.

It emerged last month that his wife Kashya Hildebrand profited after buying $504,000 in August, just weeks before an intervention by the SNB to halt the rise of the franc — a move that saw the dollar rise significantly against the Swiss currency. (AFP)

The incident occurred as the Swiss National Bank (SNB) held its annual general meeting in Bern, the Blick newspaper reported.

An unidentified woman sprayed the message 'please remember why we founded you' on the billboard in red paint.

According to the paper, the protestor was campaigning in support of the campaign for monetary reform, which goes to a nationwide vote in June.

Known as the Vollgeld Initiative in German and the Initiative Monnaie Pleine in French, the initiative calls an end to traditional bank lending and for the SNB to be the only financial institution able to issue money.

With the help of other activists, the spray painter removed the words a short time later.

Almost exactly one year ago an 86-year-old woman was arrested after spraying an anti-war message outside the SNB in a case that drew worldwide attention.

The peace activist spray-painted ‘Money for weapons kills' on the billboard.

She was campaigning on behalf of the Group for a Switzerland without an Army (GSsA) which had launched a popular initiative to ban Swiss financing of any company that produces arms.

If it gathers the required 100,000 signatures by October 2018, the issue will go to a national referendum.