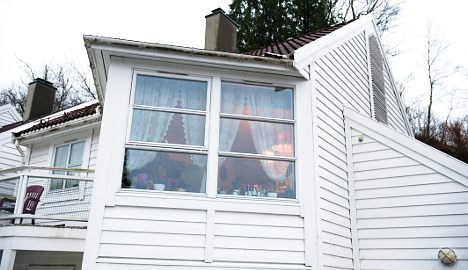 A home-help nurse alerted the police at 9.37pm on Sunday evening after entering Feste's apartment and finding her dead body in the vicinity of the bedroom. The victim had suffered severe head injuries.

“But on an everyday level, I don’t think there’s any particular cause for anxiety.”

A 42-year-old man arrested and charged in connection with the murder was released on Tuesday after police found no evidence tying him to the crime.

A number of independent witnesses told police the 42-year-old was at his mother’s home on the evening in question.

Police arrested the man at his mother’s apartment, located around a hundred metres from the murder scene, after receiving reports of a domestic dispute later on Sunday evening.

A number of family members said the 42-year-old old and his younger brother had started fighting over a disagreement about money.

The nurse who found the body arrived at Feste’s apartment after the older woman had put out a call for help using her medical alarm.

The home-care nurse told police she saw a man, aged 30 to 40, inside Feste’s apartment just moments before she arrived at the building.

Os mayor, Terje Søviknes, said the council would do all it could to assist the residents of Oshaugen, staff at the elderly care facility, and the relatives of the deceased.

“We’re doing what we can to create a secure environment for the residents at Oshaugen,” he said.

Søviknes added that the council had brought in extra staff, both to assist residents being questioned by the police and to make them feel safer.

“It’s difficult to imagine that something like this could happen in Os. It’s a gruesome act. All we can do is stay calm and rely on the police to commit the necessary resources to enable a swift resolution of the case.”

The two suspects were arrested on Sunday in Oslo suspected of “complicity in a terrorist act”, the Oslo police said in a statement.

One is a Somali man in his forties, the other a Norwegian in his thirties — both of them known to police. Their identities were not disclosed.

In the early hours of June 25, a man opened fire near a gay bar in central Oslo during celebrations linked to the city’s Pride festival.

The shooting killed two men, aged 54 and 60, and wounded 21 others. Immediately after the shooting, police arrested Zaniar Matapour, a
43-year-old Norwegian of Iranian origin, on suspicion of carrying out the attack.

The new arrests bring the number of people implicated in the attack to four, as Norwegian police announced last week they were seeking another suspect linked to the shooting.

On Friday, Oslo police announced that they had issued an international arrest warrant for Arfan Qadeer Bhatti, a 45-year-old Islamist with a prior conviction, who is also suspected of “complicity in a terrorist act”.

“The police still believes Bhatti is in Pakistan,” a country with which Norway has no extradition agreement, police said Monday.

“To ensure the best possible cooperation with the Pakistani authorities, we had Oslo police officers in Pakistan a short time ago,” it added.

According to police, they have not yet had direct contact with Arfan Bhatti but have spoken to his Norwegian lawyer, Svein Holden, and say they expect the legal proceedings in Pakistan to take time.