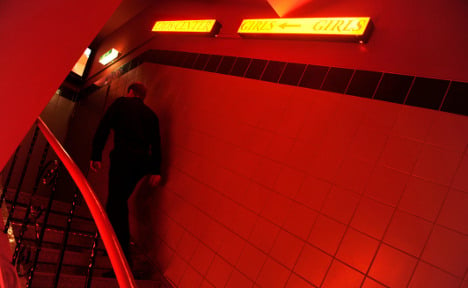 The 52-year-old Wolfgang K. was found guilty of accepting benefits, corruption, and violating police secrets on Monday, and is likely to face dismissal, though he avoided the jail sentence called for by state prosecutors.

According to a report in the Märkische Allgemeine newspaper, the former brothel boss Dorota K. was also convicted, and given a suspended sentence of 14 months plus a €1,500 fine.

Wolfgang K., who has been in the police force for 33 years, carried out a search of the brothel in the village of Bork in October 2005, and returned a week later as a private customer. According to the testimony of Dorota K., he then complained about how his low wages and that his wife was seriously ill.

The brothel manager then immediately offered him a special deal – €25 per time with a sex worker instead of the normal €50. Wolfgang K. was apparently only interested in the services of one prostitute, named Katja B.

On his fifth visit, the police officer reportedly gave Dorota K. photographs of known criminals from police files. Judge Gerhard Pries said that, by this time at the latest, it became clear that Wolfgang K. was receiving the 50-percent price cut in exchange for internal police information.

Wolfgang K. allegedly passed on information on the brothel’s clients and their cars, as well as advance information about checks from the police and toll officers.

After Katja B. left the establishment in 2006, Wolfgang K. only visited the brothel three more times before stopping altogether, the court heard, which led the judge to conclude that feelings of guilt were not a factor in his terminating the deal.

The officer gave a full confession during the criminal investigation, but retracted it on the second day of the trial. He then defended his actions by saying he had visited the brothel as part of an undercover investigation into a Russian pimp.

The prosecutor Dagmar Stürmer dismissed this testimony as “freely made up,” and said, “He changed sides and lost his sense of right and wrong.”

“You have severely damaged the police’s reputation,” the judge told Wolfgang K. passing sentence. “If people cannot trust the police, then who can they trust?”

Defence lawyer Ansgar Aigner said that while his actions were illegal, his client had been going through a personally difficult period at the time and that a suspended sentence of ten months would be sufficient.