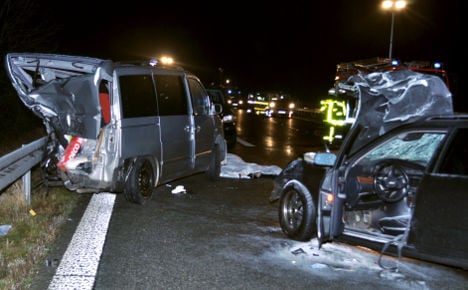 The 41-year-old man was driving his car past other vehicles on the A43 when he clipped two other cars, lost control over his own car and smashed into the central barriers.

He was flung from the car and fatally injured, leaving three passengers also seriously hurt.

Just after the crash, the driver of another car pulled up on the side of the road to help, and was giving first aid to the injured people when another car smashed into the back of his.

This caused further collisions as passing cars were hit by flying debris from the second crash. Police said eight cars were involved all told.