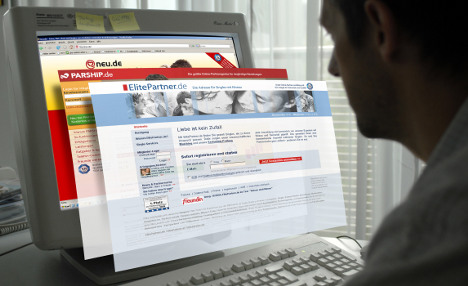 The work conducted by psychologists at the Humboldt University in Berlin underlines the importance of names in how people are perceived by others.

They carried out three tests. The first looked at how often a sample of around 47,000 internet dating users would click on mails from people with names such as Kevin, Justin, Mandy and Celina. Such names have in the past been shown to be associated by teachers with badly-behaved children.

The mails were sent without pictures – just the name, age and postcode. People with “less attractive” first names got significantly fewer clicks than those with other names.

Mails sent from an Alexander were clicked on 102 percent more times than those from a Kevin, the results showed.

“Single people would seem to prefer to remain alone than meet up with someone called Kevin or Chantal,” said Jochen Gebauer, who led the study. A further two studies involving around 4,000 and 6,000 people being offered a greater selection of names produced similar results, he said.

It was likely that people with names that carry negative connotations would suffer more setbacks in life than those with positively regarded names and that this would affect their confidence.

He was keen to stress though, that a child’s name was only one of many factors that affect them.

“One does not carve a child’s future in stone with a name,” he said, although he added that a little care when choosing a moniker could not hurt.

The most favoured names for babies in 2011 were Mia and Ben, it was reported this week.

A study conducted by the University of Oldenburg two years ago showed that teachers could be prejudiced against children with “lower class” names such as Kevin or Mandy.